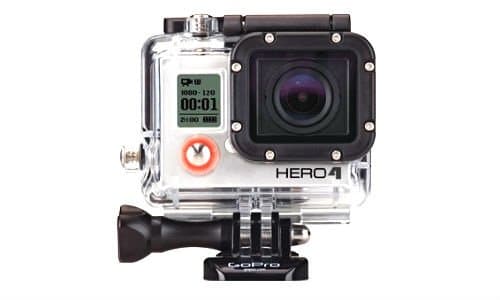 The season is getting closer all of the time. It seems like ages since I’ve bought any snowboard gear, but with the winter coming and new products out in the shops, it’s time to decide if I need to buy anything…And actually I do. There are two definites, one really good idea and one don’t really need that but it would be nice on the shopping list.

I wear a lid most of the time. Last year I asked the question How do you know when to replace your helmet? Well, I’ve been rocking mine since 2004 and I know it’s had quite a few knocks in that time. If I’m gonna wear a helmet – I may as well get a new one. This is a definite.

As for which one? I’m not quite sure. I do like the idea of a helmet with built in audio, that would probably suit me well. I like some of the designs from Bern and Pro-tec – some of the Smith lids too. Shortly, I’ll be taking a more detailed look at some of the models I’m considering.

OK – I’ve classed this as a definite requirement, but that’s not strictly true. I could probably get away with riding my old 32 Lashed boots for another season. They’re starting to drop apart, missing eyelets and the like, but I’d get by; the water isn’t coming in quite yet. The worst offence would probably be the smell. But, they are pretty done in and they’re really soft now (which I kinda like); it’s a good time to get a new pair. With boots, I’m less sure than I am with helmets. I could get another set of the Lashed boot. They’ve never let me down, I really like basic laces and the way the inner boot ties up (attached to the outer boot) is awesome. I think they’re still made like that. But I will take this opportunity to consider some of the other options. I’ll be looking for something light and freestyle/all-round oriented; nothing too stiff…

I’m putting this down as a really good idea. No doubt most readers will have seen plenty of great footage from one of these cameras. I definitely like to take video when I’m snowboarding, and the combination of size, attachments and quality makes the GoPro an excellent option. I’ll probably hesitate and ask myself: should I maybe get the Contour HD instead? But right now my gut is with the GoPro… Finally, the don’t really need that but it would be nice item. A new jib stick. My current snowboard collection includes a Lib Tech Travis Rice, from 2009, a Capita Charlie Slasher from last season and a beat up Nitro T2. The T.Rice is the board that I ride everywhere, including indoor slopes. I’ve not ridden the Capita yet, but that is now my powder board of choice. As for the T2, I keep that around for the snowflex slope at Halifax, because the surface there is good for destroying snowboards.

So why do I want a jib stick? For jibbing obviously! I’m planning on riding more indoor slope and seems as though I really like the T.Rice, I’d be happy to keep that away from all those rails and boxes and keep it going for longer. Something a bit softer would be fun and I could use it on snowflex too. I don’t need one, I’d just like one…

How about you? Is there any gear that you absolutely need to buy for this season? How about some cool new stuff you like the look of? Drop your thoughts with a comment.