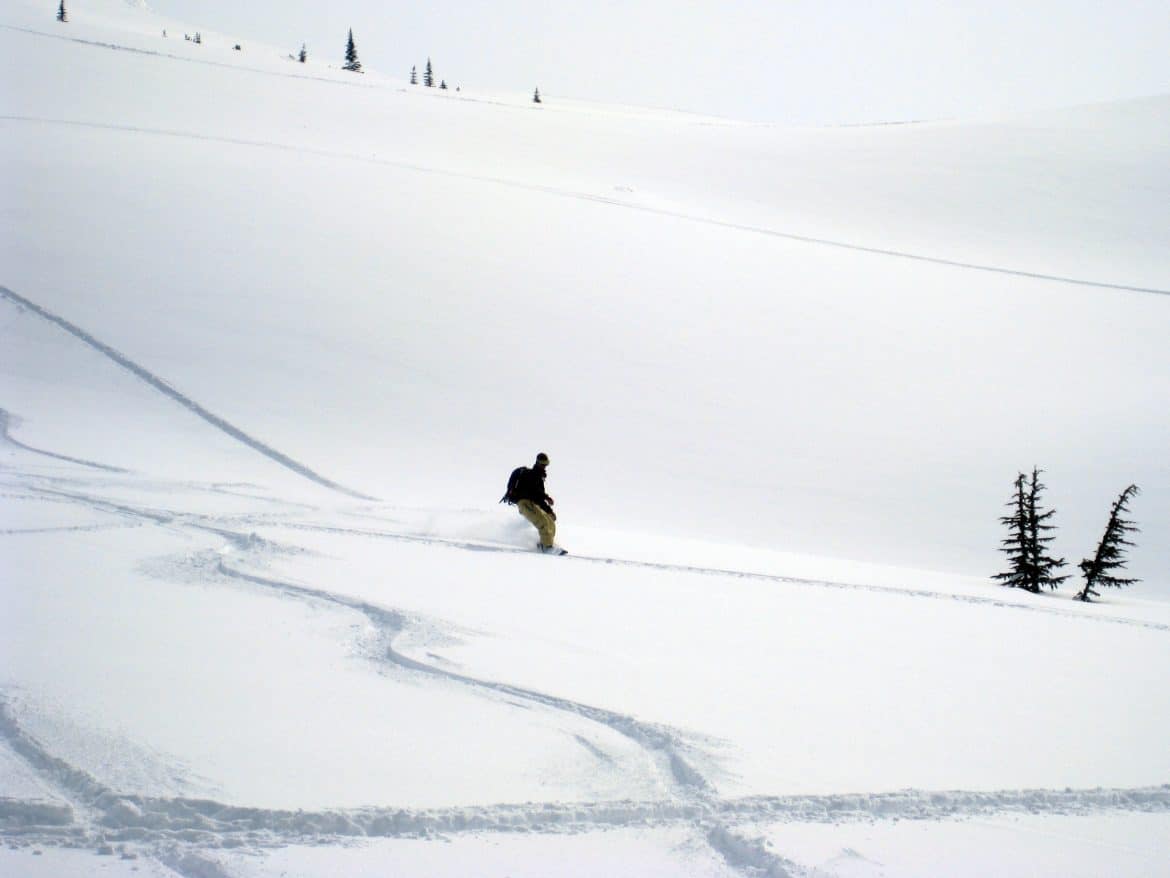 When you first start to snowboard everything is new. What gear do you need, how should you learn, which mountains should you go to… so many questions. If you stick with it, sooner or later you reach that magical point where you can ride. You can cruise the pistes/trails, get some real speed up, explore the mountain – it feels great!

If you continue to snowboard, go on a few more trips, another winter holiday, you might class yourself as a “snowboarder”. Maybe you’re “into” snowboarding.

That’s not a term that I particularly like – but here’s the point. When people have a hobby, or they’re into something, they spend time doing it, and thinking about it. They look for new challenges, for more knowledge, to progress at it.

What do snowboarders look to once they’ve “got the hang of it”? The Park is a popular choice. Freestyle, jumps, jibbing and that thing you see other riders do where they bend the board. Carving – honing your snowboard technique is another option. It can be rewarding to feel that you really understand the mechanics of snowboarding; to lay down perfect, pencil-thin carves and to ride technical terrain, well.

Powder. Riding off-piste, or maybe even in the backcountry. Searching for good freshies. Many snowboarders look here.

So here’s the question: is the quest to ride powder something that “older” snowboarders gravitate to?

It’s awesome, for a start. Riding fresh powder is awesome, there’s no doubt about that. Some people will argue it’s the best feeling on a snowboard. Therefore you might say that looking to take your riding away from the piste is simply the right thing to do. It’s where it’s at.

You’re less likely to hurt yourself? Maybe. Advancing in the snowboard park can be a painful process. Slams can hurt a lot. And of course there’s the risk of injury. It’s fair to say that younger riders bounce back from injuries more quickly. Not only that, older snowboarders may feel they have “responsibilities” that make being injured more of a problem.

Of course there are risks when you ride off-piste – in many ways the risks are higher. But it’s easy to accept the view that you’re more likely to hurt yourself going bigger in the park than you are hiking for fresh lines.

Is “bottle” an issue? Staying with the park and freestyle theme, there’s a certain amount of bottle, or nerve involved. This is something that can diminish as you get older. “The young snowboarders don’t even think twice”. It can be a battle when you want to get better at something, but you find it hard to do.

Rider powder poses many challenges. Don’t misinterpret the two points above. Riding powder isn’t easy, it certainly requires an advancement in your technique, and that’s just to stop yourself from digging in every time. If you want to ride well in powder, deep snow, steep pitches, trees – you need to get good.

It’s not only skill that needs to improve, there’s knowledge too. How to be safe off-piste, what do the different conditions mean, different types of snow, how will the layers have formed. Then of course is the knowledge of where to go, where to hike, the “secret” powder spots. There’s a lot to learn.

New gear. Moving away from the piste also requires new equipment. Maybe you want a new snowboard? But there are also the safety essentials – a beeper, probe and shovel. Backpacks, hydration, the list goes on. It’s nice to ponder over new equipment; it’s interesting to research gear, to learn what you need and how to use it. It’s all part of the appeal.

New avenues for exploration. In the beginning, you may hike a little to reach a slope you can see from the chair, to get an off-piste run in. Following that, you might hike some more, maybe spend a good portion of the day exploring. It can be frustrating, but also very rewarding.

Beyond that, opportunities really open up. You can hire a guide, let them take you to places the crowds can’t see. Then there’s cat-boarding, another real, backcountry adventure. If the budget allows you could even try heli-boarding. Split-boarding? All different ideas to whet the appetite for finding fresh lines.

It becomes an adventure. Snowboarding off-piste is definitely a mountain pursuit. It takes you further from the resort and more into nature. You need to know what you’re doing, you need to plan, you need to work for your lines, there aren’t many people around. It’s an adventure.

Riding powder in good terrain is awesome – but it’s rarely handed to you on a plate. The fact that it takes effort, requires an investment on your part, and often needs a bit of luck – makes it all the more rewarding.

It sets you apart? Is it fair to say that people want to distinguish themselves from the mainstream, from the norm, from the regular punter? For the weekend warriors and holiday snowboarders out there, embarking on the quest for fresh lines will set you apart from the majority. Whether or not that’s part of the appeal, it’s fair to say that the average snowboarder doesn’t get to experience real, backcountry lines…

It’s never black and white. This article isn’t designed to pigeon-hole people – but maybe you agree with some on the points? Or disagree? And of course, “older” will mean something different to each reader.

As usual, drop your thoughts in a comment. And if you enjoyed this article, check out The 9 Best Snowboard Stomp Pads Ever Made | A Buyers Guide.