If you’re interested in the Rome Agent, you’re off to a good start. It’s an awesome board. I used to ride the Agent; between it and my current board (Lib Tech T.Rice from 2009), the Agent ranks as an all time favourite. But that Agent was the 2004/2005 model. Much has changed since then.

This preview of the 2012 Agent will look at the tech features of the Agent and the choice between camber and rocker. Is this a great choice for an all-mountain freestyle board? Is this board right for you? 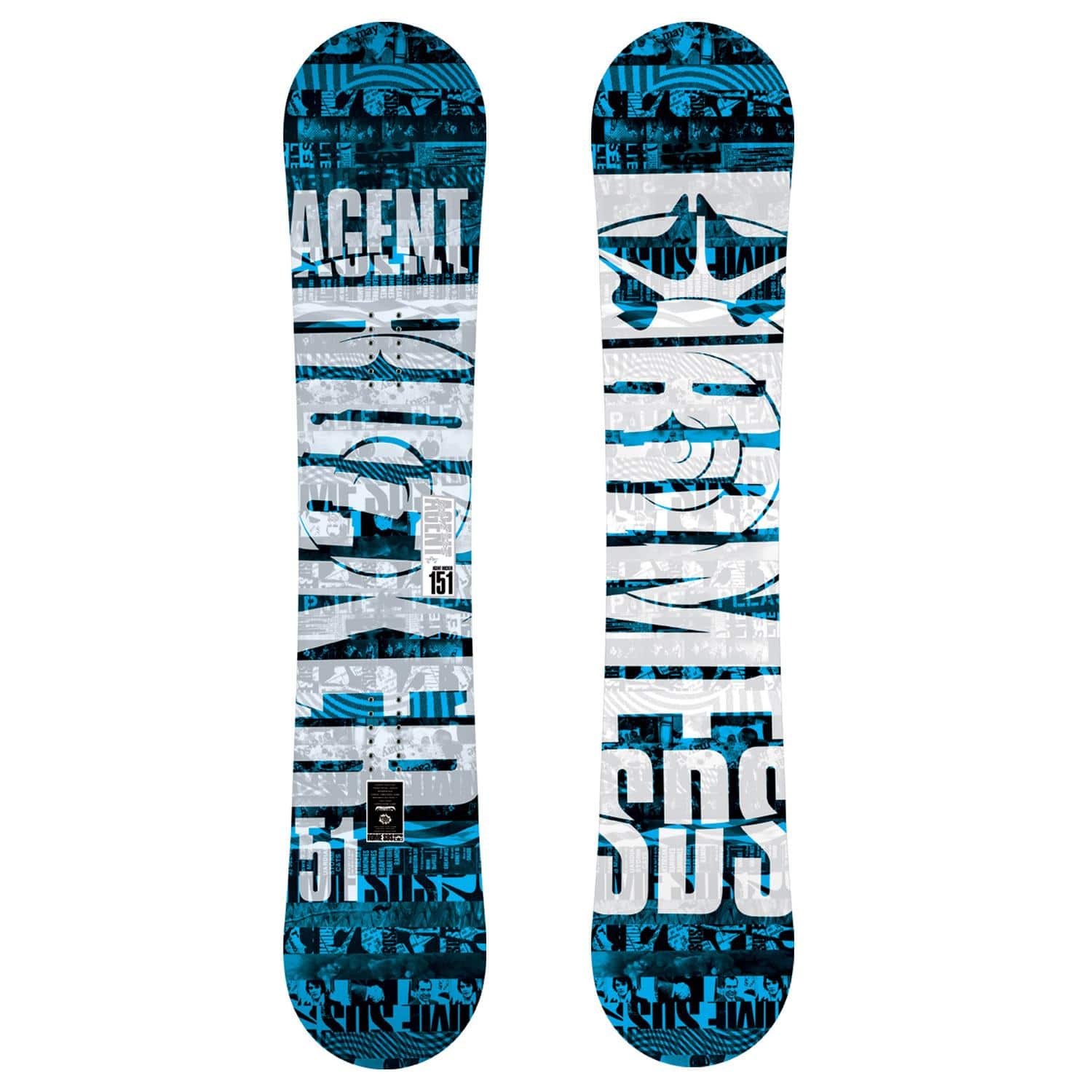 With the Agent, you have the choice of either a traditional camber design, or a hybrid rocker shape, Rome call it “Rocker Camber with Pop Rock”. The hybrid rocker has a rocker shape between the feet and then a camber profile outside of the bindings; a common approach to hybrid shapes. So, what’s the difference in how the two versions ride?

Agent (camber). This is how Rome describes what the Agent likes:

“kickers; 2-foot days; steep couloirs; frontside grabs on natural hips; carving on corduroy; rope ollies; laying back on a wave of pow, a bit of the jib”

Agent Rocker. This is how Rome describes what the Agent Rocker likes:

Almost twin. Both versions of the board are “almost twin”. The slight directional shape is definitely and all-mountain feature, making the board turn better and have that little bit of extra float in powder.

“Unique sidecut geometry that lets the board ride loose and playful at slow speeds, and powerful and precise at higher speeds.”

Many snowboarders like the feel of rocker boards. However, plain rocker boards don’t perform brilliantly around the mountain – it’s difficult to get good edge hold, stability and power. So, for an all-mountain rocker, board manufacturers have introduced hybrid shapes, designed to give the benefits of both…

The Agent rocker has a hybrid shape. The QuickRip Sidecut Technology is another feature that’s aimed at making a rocker board better with edge hold at faster speed, when charging around. The Agent has four contact points, the idea is that when the board is tipped over for high speed use, the second contact points are engaged – giving you more grip.

Both rocker and camber: Rome have place a single strip of carbon down the length of the board. The aim here is to add more pop to the tip and tail, without adding torsional stiffness. Better ollies, but still keeping it flexible to twist, which is good for manoeuvrability at lower speeds, turn initiation and generally keep some playfulness in the board.

Video overview of the Agent Rocker

Overall – who’s this board good for?

The Rome Agent has great pedigree. It’s undoubtedly an all-mountain freestyle board. Looking at the breakdown above, both the camber and the rocker version are scored as “liking” jibbing the least. If jibbing is a big part of your all-mountain freestyle desire, there are softer, true twin boards out there that still aim to perform everywhere.

Consequently, the Agent has great performance around the whole mountain. It’s got a fast base, it’s stable at speed and feels at home in powder. For freestyle it’s more suited to jumps, spins and the half-pipe than it is locking onto rails. It’s still a freestyle board, just not a jib board.

Between the two, the rocker is obviously going to be that little bit more playful, and with the rocker shape, maybe have a bit more float in the pow. The reverse of that, the camber version will have more “power” – being slightly more stable and a bit better for big jumps.

If you’re interested in the Rome Agent, the stores below all stock it. Bucks Boarding only has the rocker, the other two have both. If you’re in the UK, Blue Tomato does ship.