The Forum Youngblood is a snowboard that comes in two flavours: the ChillyDog and the DoubleDog. This preview will take a look at both options to help you work out if one of the Youngbloods is right for you – what are these boards good at? 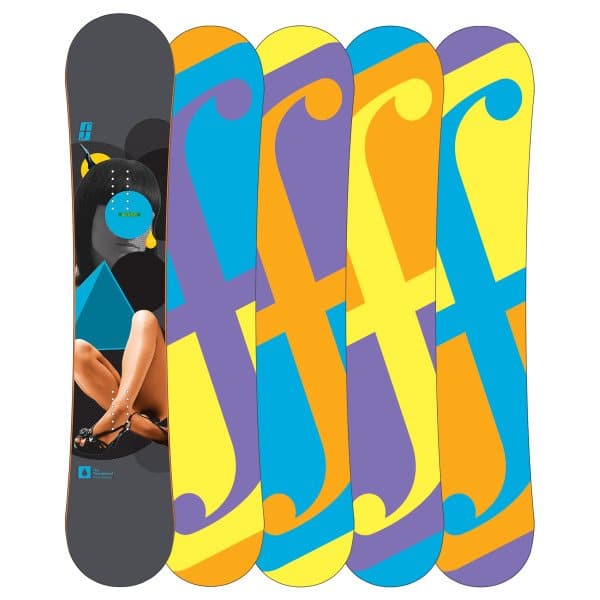 The Forum Youngblood – are they both park boards?

And the DoubleDog is described as:

“This more aggressive version of the Youngblood is built for those who write their own rules and make them known to all, the DoubleDog profile brings camber sections under each foot for added power and pop, while rocker between the feet and in the nose and tail makes the whole thing forgiving and damn fun.”

What freestyle-features are in these boards?

So what about the differences?

As you can see in the video below, the ChillyDog (with Pop) is a continuous rocker shape – well suited to playful, freestyle action. Yes, it does have the Pop Zones designed to add some stability and power to the tips, but it’s still very much aimed at rocker fun:

The DoubleDog is more aggressive that the ChillyDog – due to the camber zones that are under the rider’s feet. The camber will give the effect of a stiffer ride whilst making the board more stable and powerful. The camber zones are also designed to add more edge pressure along the length of the board, so increasing edge hold and riding performance.

The ChillyDog isn’t the softest, pure-jib board out there – but it is targeted firmly at freestyle and park. The DoubleDog has the same roots, but it’s base profile is designed to give it additional all-mountain performance. Stiffer, more stable and better edge control.

Bear in mind that Forum have the Destroyer in their range, a slightly stiffer twin that also uses the DoubleDog profile, as well as other more aggressive, twin, freestyle boards. So whilst the Youngblood DoubleDog may feel stiffer than the ChillyDog version, Forum still consider this a park board.

The following video takes a look at the range of Youngbloods from 2010/2011, when all three base profiles were offered (a regular camber too). They are the boards from last season, but it’s interesting that the Youngblood is essentially the same for each base type, with the only differences being those created by the profile – the rest of the tech is the same:

The Youngblood has been in Forum’s line for a long time now. It’s a popular board with a freestyle and park foundation. With the introduction of rocker-designs, Forum have moved away from traditional camber to offer the two flavours described above: one being more playful while the other provides something a little stiffer. Both the DoubleDog and the ChillyDog won Transworld Good Wood awards for 2010/2011…

As for the 2012 boards, there aren’t too many good reviews out there. Both the ChillyDog and DoubleDog are regarded as good park boards. The DoubleDog definitely rides stiffer than the ChillyDog, but that should be expected given the different base profile.

The Youngblood works – pick your base profile…

If you’re interested in the Youngblood for 2012 – it’s a popular board so pretty easy to get hold of:

All of these stores offer good customer service.