New Snowboard Boots for the 2012 Season

Recently, I said that I could probably get away without replacing my snowboard boots for this season; I really like the 32 Lashed boots that I ride, and, I didn’t think they were quite as beat up as they are…

After riding last weekend and unpacking my gear, I found this: 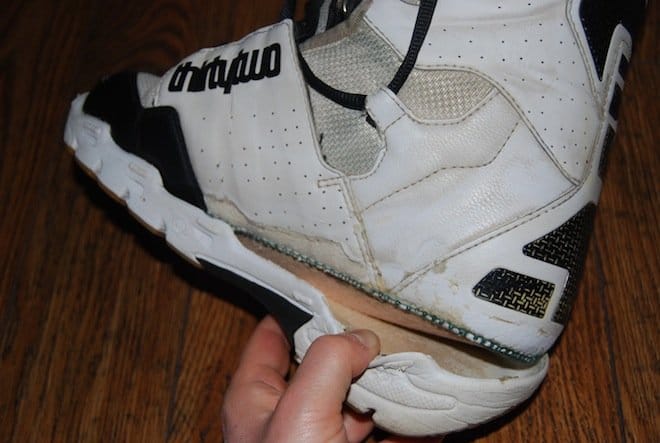 I’ll get by in the fridge, for now, but that’s not gonna last for too long…

What features am I looking for?

So I really need to start thinking about what boots to buy. The problem with boots, is that you’ve really got to go and try them on. I certainly wouldn’t order some boots online and just hope they fit well/accept the fit. I can narrow it down though by considering the sort of boots that I like.

Having ridden the 32s for such a long time, I’ve only owned 3 sets of boots since starting to snowboard. In that time, these are the features that I’ve grown to like: 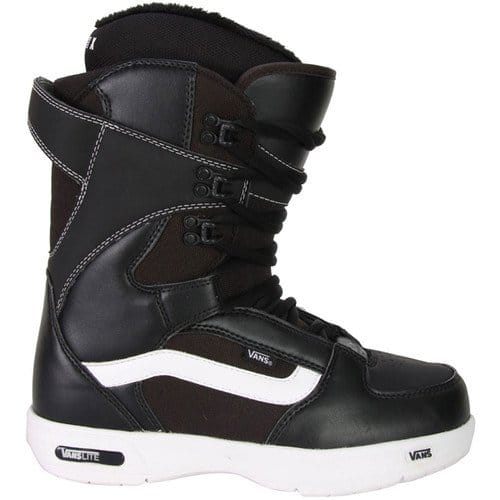 Which new boots to consider?

Taking a look at what’s out there, the following seem to be decent contenders:

32 Lashed. I could go straight for another set of the Lashed boots. They’re fairly popular, so they should be easy(ier) to locate and try on. Checking their site, I see that they still have the internal ankle harness, which is such an awesome design for snowboard boots. If you want to, check out my ageing review of the 2004/2005 boots (same ones from the picture above).

Downsides of going for the Lashed again? Well, I’d be missing out on trying another boot…

DC Park. Having not tried them, I can only say that DC seem like they would make good boots. Obviously a skate influence, and in this case, the DC Park boot is clearly designed for the park, so the flex should suit. Basic laces and a nice, clean design.

Vans Hi Standard. These have been around in the Vans line-up for a while and they’re a bunch cheaper than both the Lashed and the DCs above. Definitely a soft flex, standard laces and another boot that I like the look of.

Burton Hail. Freestyle domination? That’s the Burton message. I’ve flagged them because they’re touted as being super light, which is a feature that I like. Again, it’s another freestyle oriented boot with regular laces; not the cheapest at £200….

Am I missing something in the Vans range that might be more suited? What about a brand that isn’t up there? 32, DC and Vans sprung to mind as brands that I think make good boots, but out of those boots I’ve only ridden boots from 32.

And Boa? I would consider trying something with the boa lacing system. Anyone got some that they rate? Do they stay shut nicely? Good even pressure? Even pressure – that’s another thing you can tailor well with standard laces. Any recommendations for Boa boots that fit my other criteria?

I’ll update this as I continue to look for new boots. Also, I’ll add previews of any boots that I look at further in the Snowboard Gear section of the site.

Here are the boots that I’ve looked at further and/or tried on in a shop: