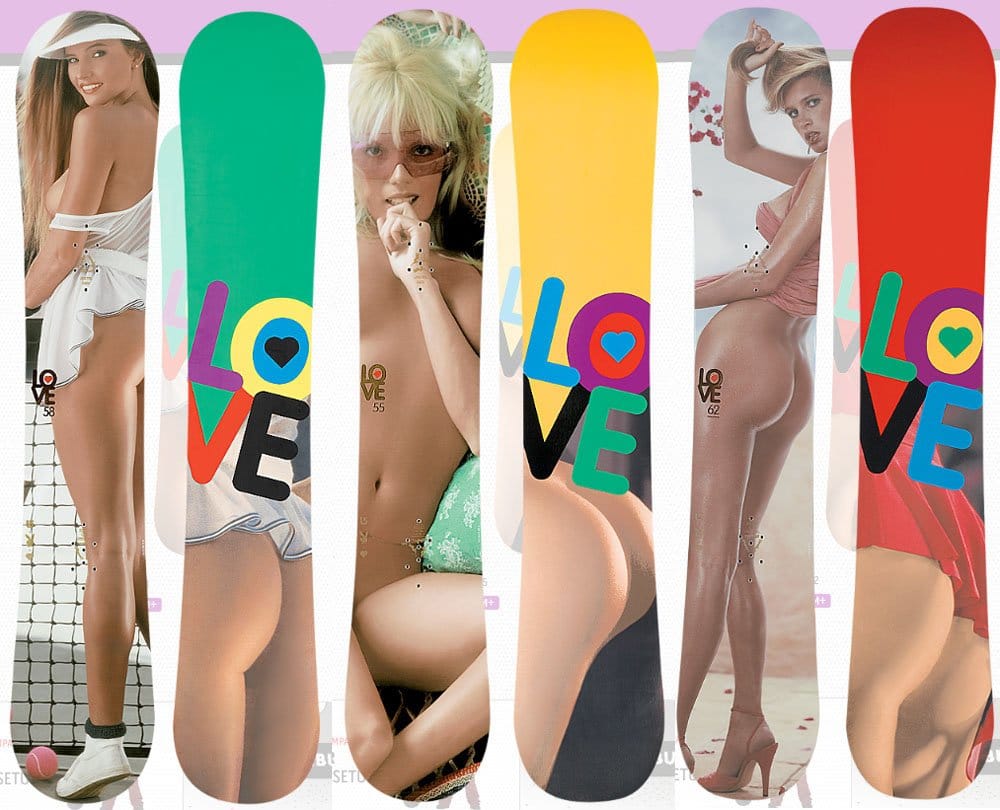 Snowboarding giants Burton launched a new line of snowboards called “Love” snowboards. However, this new line of Burton snowboards is causing a little bit of an uproar. Wonder why? As you can see from the pictures, the snowboards feature blowup vintage Playboy photos. Except for a few bare behinds, the images are actually pretty innocent. Still, some consumers aren’t happy. Despite this, Burton will continue to sell the boards. The company says the images are discrete and the line will only be sold in certain stores, where the boards will be wrapped up. Plus, in order to even think about buying the boards you have to be over 18 years old. The Love and Primo snowboard lines are limited edition, with only 1,000 Love boards produced and less than 1,000 Primo boards produced. The boards are expected to be seen very rarely on the slopes and will probably become a collector’s item.

You should still be able to pick up here on Ebay – there were some for sale the last time I looked.