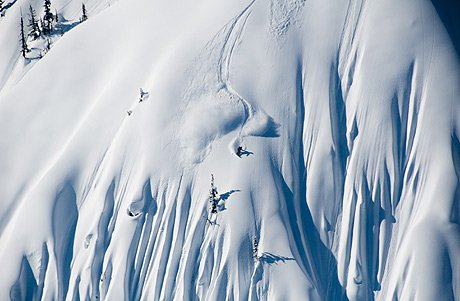 There’s a premiere of Jeremy Jones’ Deeper, tomorrow night in Amsterdam. If you don’t know, Deeper is a film put together by Jeremy Jones and Teton Gravity Research. It’s not only Jones shredding it in – there are a bunch of other big freeriders, like Travis Rice and Johan Olofsson. From what I’ve heard and read, it’s hard core backcountry action and filming. Sounds good!

Here’s the disappointing part: Phillips in partnership with O’Neill are launching a new range of headphones, aimed at people doing sports like snowboarding. This combo are hosting the premiere tomorrow night, and they wanted to fly me out, hotel me, and fly me back, to take part. That’s pretty cool. Here’s what the event involves:

I’ve had to decline attending, which was hard. I’m still on both crutches; I can walk with one, but that’s only really when ‘exercising’. Getting on a plane and travelling with bags, a camera, maybe my laptop, just didn’t seem like a good idea. Really disappointed. That’s definitely a score for the downsides of this injury and I’m certainly looking forward to being crutchless in the near future and attending snowboarding events like this.

How to find the best powder spots in ski resorts