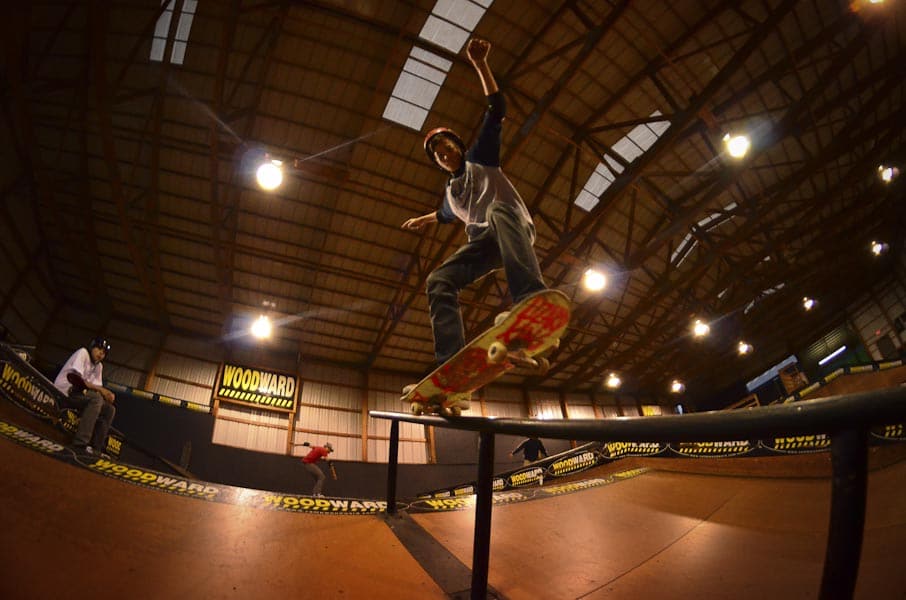 Photography and Film at Woodward

It’s April. Spring. Transition from Winter to Summer. No doubt many snowboarders will be looking ahead to more skateboarding, or perhaps, summer-snowboarding. Summer camps, artificial slopes, training…

Woodward is well known for it’s skateboard camps, but they’ve branched out into other areas, including snowboarding. Artificial kickers with soft landing areas; safe ways to learn new tricks.

They’ve recently added a new Digital Media program. Photography and film is a huge part of snowboarding, from top level pros down to the holiday-shredders. It’s in the culture. Their new program is setup to help people learn skills in this area.

Here’s a snippet from their press release:

“April 1, 2013 (WOODWARD, PA)— Woodward Camps – the leading youth camp facilities for action sports, gymnastics and cheer – have expanded the curriculum for Summer 2013 to include cutting-edge programs in digital media, including video production, photography, graphic arts and music recording. Woodward has always recognized and supported the connection between visual arts and action sports. Training the next generation of filmmakers and photographers in these storytelling mediums will allow them to communicate in an increasingly digitally-focused society. Summer camp begins in June, 2013 for all locations, including Woodward, Pennsylvania, Colorado’s Copper Mountain, Boreal Mountain Resort at Lake Tahoe, and Tehachapi, California.”

And more from the Woodward page.

A Beginner’s Guide to Choosing a Snowboarding Jacket