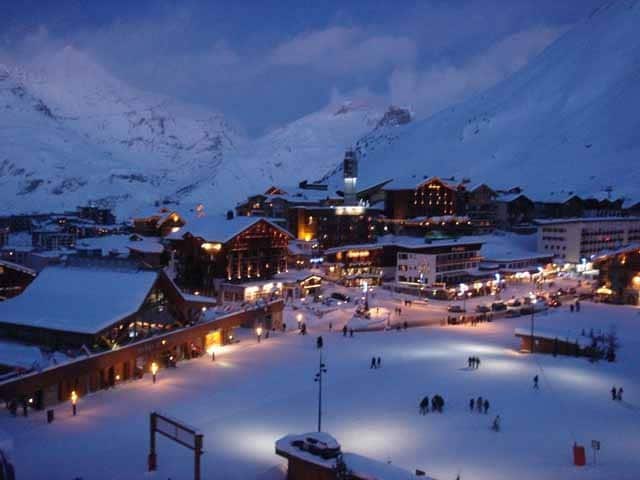 Tignes is a fantastic destination for skiing and snowboarding holidays in France, so it’s a prime candidate for your next snow-based adventure. Of course, for many people, this kind of getaway is as much about apres-ski as it is about the pistes themselves.

So, before deciding where to go, check out my guide to the local nightlife. Split into three main areas – Le Lac, Val Claret and Le Lavachet – Tignes has a lot to offer travellers with a large appetite for apres-ski.

These range from lively, sports-focused bars to more upmarket eateries, which means there is something to suit most kinds of holidaymaker.

Where: Le Lac, at the foot of the Rosset and Trolles slopes
Le Loop Bar is a real favourite, so it should come high up on your list of places to visit. Of course, since it’s popular with so many holidaymakers, it does tend to get rather crowded, so be prepared to have lots of company. Its features like live sports screenings and a pool table mean it is really popular among holidaymakers.

What I think sounds best about this bar, though, is its sun terrace, which is said to be the best in the entire resort – particularly as it looks out over a lake. It’s also got an excellent reputation for its gourmet burgers, so it is well worth visiting if you are something of a foodie. In the evenings, this place tends to get pretty lively, especially as it often has live music and DJ sets, making it one of the top places in Tignes for a night out. Where: Le Lac
This charmingly-named pub is handily situated at the foot of the Palafour chairlift, making it a really convenient choice for a post-ski drink. The Marmot Arms is a relatively new venue on the Tignes apres-ski scene, but it’s quickly managed to make itself popular.

Upstairs, you can tuck into yet more gourmet burgers (always much appreciated after a day on the slopes!), while downstairs, in the Burrow Bar, you can check out weekly live music.

Where: Val Claret
If your ski chalet in Tignes is in Val Claret, make sure you head to Couloir. Known for its excellent cocktails and whisky selection, this bar also has a great restaurant. The nice thing about dining here is that, unlike many other local restaurants and watering holes, you can try fare from around the world, rather than being restricted to either traditional French cuisine or burgers (not that there’s anything wrong with either of those!).

Melting Pot
Where: Val Claret
Bars and restaurants are all well and good, but for most of us a club night or two is essential for the ultimate apres-ski experience. Tignes is home to several clubs, with Melting Pot being among the best. As well as being quite reasonably priced, it plays a decent selection of music without resorting to too much cheesy pop.

So Bar
Where: La Lavachet
If you fancy enjoying your apres-ski in modern and upmarket surroundings, So Bar is a great place to go – particularly if you’re after high-quality food and drinks. In fact, quality is what this venue prides itself on, so it is an absolute must for anyone with a real taste for wine and spirits. Open from 14:00 to 02:00 local time, this bar also serves snacks such as paninis and tapas, alongside decadent desserts like tempting waffles.

Optrix XD and iPhone – Has Anyone Used One of These?