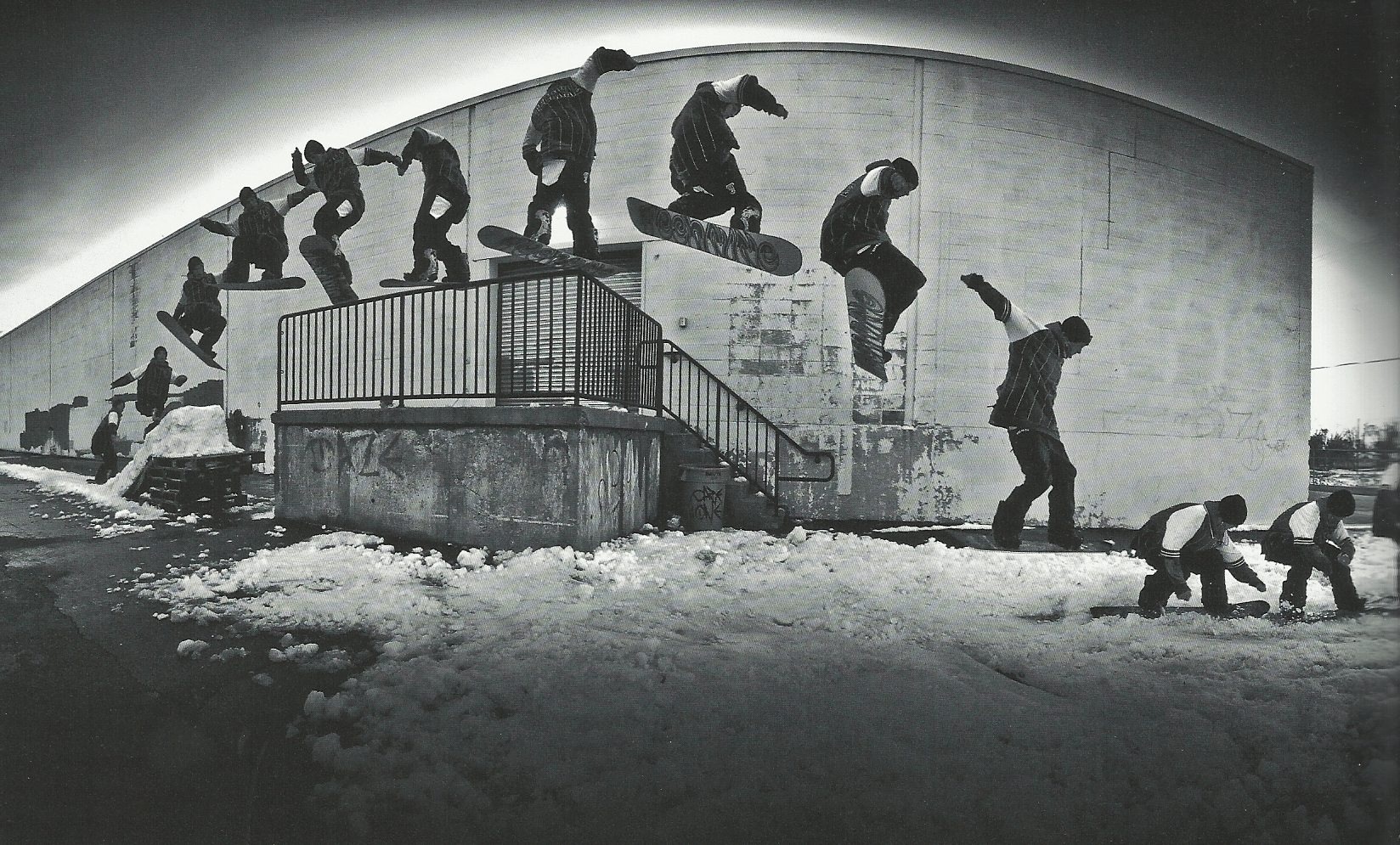 3 Snowboarding Tricks to Try on a Box

Are you starting out with some park riding? Putting some time into riding boxes and rails? If so, here are a few things that you might have fun trying out, once you’ve got the basics covered…

And by basics I mean 50-50s and boardslides. The 50-50 is almost certainly the first trick that you’re going to try on a box – just riding on straight and dropping off the end. The boardslide is common as the next step; it feels more like a ‘trick’ than the 50-50 because you have to turn your body, and is a little less scary than the frontside-boardslide.

The three suggestions here are just that – suggestions. It’s not that there’s a specific order in which to try/learn new tricks; it’s more that these tricks are within reach once you can boardslide, and they introduce some ideas that will keep you progressing. Something that I mention a lot below, is counter-rotation. If you’re not familiar with that, think about reading this post on why counter-rotation is important.

This trick is a good way to introduce a counter-rotated 180 to your riding. You can use counter-rotation when you 180 on, to stop you from rotating more once you’re on the box.

This is where I found the challenge. I had a lot of fun just trying to kill the rotation, and keep going with a straight 50-50. After doing the 180 on I’d sometimes have over-rotated my upper body, having my shoulders open to the end of the box. Imagine being in the 50-50 position with your shoulders facing the end of the box – the unconscious, natural reaction for me was to come back to being square, and this movement initiated further rotation on the box.

When I got it right, I’d do a nice frontside 180 to 50-50. If I’d over-rotated my upper body, rotating my shoulders back, in the backside direction would have me doing a backside 180 off. All part of experimenting with this trick, and it made adding a 180-out easy.

The frontside boardslide was something that I struggled with for a while before getting the basics of this trick sorted. I think there were two reasons. First, I couldn’t get the right body position. I’d never really thought about counter-rotation, which you need to get your upper and lower body in the correct position, so that you’re looking where you’re going and your lower body stays locked in position. I’d sometimes get the front board going, but keep sliding round and dropping off switch.

Second, I was not good at getting the base of the board flat. This was difficult to understand because I had no problems with regular boardslides, and was happy committing to a tail-slide where I’d be pressing over my back foot (sliding backwards down the box).

When you do a boardslide, are you dropping off in your normal direction or switch? And are you doing this by design – or does it just happen that way? I did say at the start that I’d mention counter-rotation a lot… if you want to drop off in your normal direction, you’ll be using counter-rotation both for getting on and off the box. If you want to drop off and ride away switch, ‘regular’ rotation will keep your 90 degree on and your 90 degree off, both turning in the same direction; this means that you’ll effectively do a 180 with the box in the middle, so you end up switch… If you’re comfortable getting off the box in your normal direction, stepping it up to a 270-out is just a matter of prepping your upper body for a little more counter-rotation (plus some practice). As you get near the end of the box – turn your shoulders a little further so that you’ve got more leverage to increase the 90-out, to a 270-out.

I’ve suggested the 270-out for two reasons. First, it’s a good, doable addition to the regular boardslide, which you can probably do. Second, it’s the next thing that I’m going to try when I finally get back on a board…

Are Snowboard Camps Any Good?