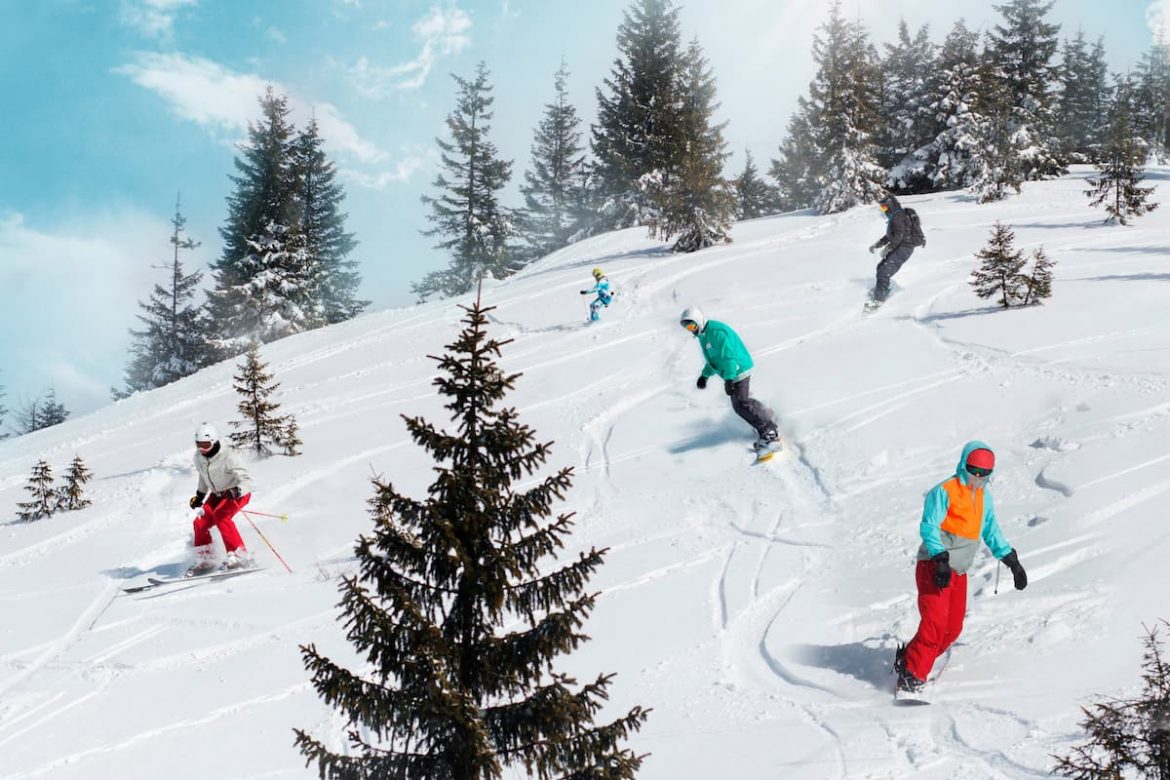 When Does Snowboarding Season End? In 2022 – Never!

Snowboarding is something you really have to experience to appreciate. Exhilarating, terrifying, addictive. It’s only understandable that you would never want the season to end. Unfortunately, all good things do. But when does snowboarding season end?

In this article, I will discuss when the snowboarding season starts and ends in the northern hemisphere as well as the southern hemisphere. We will also take a look at the best places to go if you want to extend your season (like Japan!) and talk about year-round snowboarding.

When Does Snowboarding Season End?

We already discussed When Does Snowboarding Season Start?

Unfortunately… now we need to talk about the end.

Luckily, the northern hemisphere offers a long snowboarding season, and we have some fantastic mountain resorts to choose from.

But even in the northern hemisphere (USA, Canada) the season varies depending on the area.

The length of the season is of course determined by the amount of snow the resort receives.

Make sure you check with the resort before booking at the beginning or end!

Most snow resorts in the northern hemisphere will open in late November and run until mid-April.

There are others that open sooner and close later, though.

These are often hidden gems and the places I make pilgrimage to each spring.

Many countries like Italy, Switzerland, Spain, and Sweden offer amazing snowboarding resorts, but some of the longest snowboarding seasons are still in USA based resorts.

Snow resorts like Arapahoe Basin in Colorado open as early as mid-October and only close in June.

Sounds pretty good to me!

Colorado has many other resorts such as Ski Cooper, Copper Mountain, and Winter Park and can be considered one of the best snowboarding destinations in the USA.

Here is a handy video showing you everything Copper Mountain has to offer (it’s cheesy but informative):

There are some really cool places to snowboard in the southern hemisphere; however, the snowboarding season is usually a bit shorter, only running between June and August.

It is therefore best used as a way to extend your season if you’re normally based in the northerly countries.

Here is a list of some of the best snowboarding destinations in the southern hemisphere:

When does snowboarding season end?

So if you just aren’t ready for your snowboarding season to end, there is always the option of a year-round snowboarding adventure around the globe.

That’s option 1 – Chase the snow and see some breathtaking places along the way.

This only works if you can afford a year-long vacation (or to work whilst you’re away).

On the other hand, if you don’t have the time or money to constantly travel the world, there are other options.

A vacation in Switzerland can help you overcome your snowboarding withdrawals.

Zermatt resort is open all year long, which will help you get your fix.

Another option is Timberline Lodge at Mount Hood in North America, where you can ski all year round.

If you can’t get away, you can also visit Big Snow American dream, an indoor snow resort.

It is situated in New Jersey and offers snowboarding and skiing.

There are three different trails over four acres (16187.4 sq meters) of snow. Not bad!

Those with the choice of snow types can even decide between Snowflex vs. Indoor Snow.

Snowboarding season usually runs from November to April in the northern hemisphere.

Still, there are some resorts that sit at high elevations and get a lot of snow.

In the southern hemisphere, snowboarding season is usually from June to August (although you might find resorts in Lesotho that stay open until September).

If you are an adrenaline junkie and can afford to go on a year-long trip, you can always chase the snow, ensuring the snowboarding season never ends.

15 Best Places To Snowboard In Japan