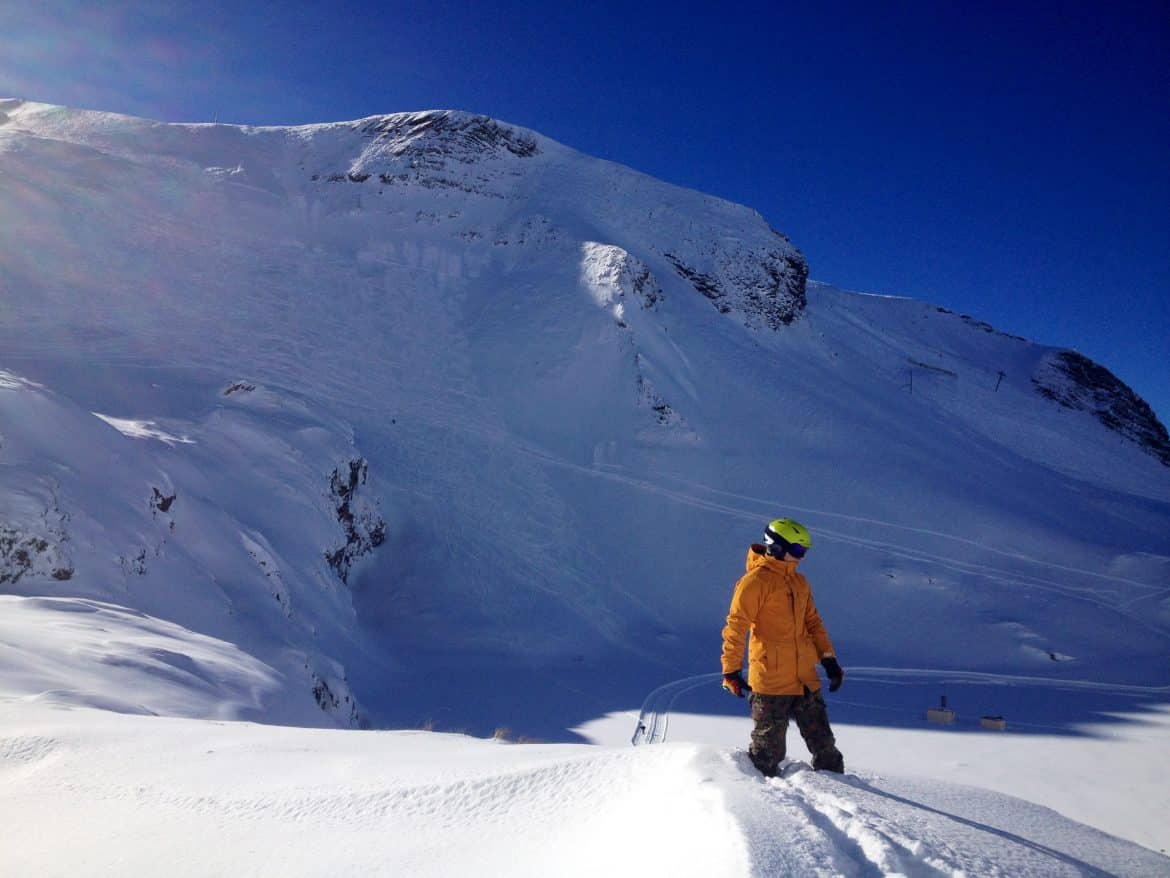 What Is Slackcountry? A Definition And A Warning!

If you’ve been in the snowboarding space for a while, you’ve probably heard the term “slackcountry” thrown around. Hell, I’m probably even guilty of using it here. But what is the meaning behind the term slackcountry?

Slackcountry is a slang term for “easy-to-access backcountry terrain”. Often used synonymously with side-country, most snowboarding industry experts discourage use of the term. This is because it downplays the serious risks associated with backcountry snowboarding.

Ever seen a skier or snowboarder duck the resort ropes in search of untracked powder?

Probably without an avalanche pack, a shovel, a probe or a beacon?

Well, they’re heading into the “slackcountry”.

The only difference between the backcountry and the slackcountry is the ease of access.

That, my friend, is why industry experts are trying to discourage the use of the term.

Is The Slackcountry Unsafe?

The areas adjacent to your favorite groomed runs aren’t necessarily any safer than way off into the backcountry.

The risk of avalanche, tree wells, crevasses and hidden obstacles can be just as high (or higher!).

For a rookie skier or snowboarder, using chilled terms like “slackcountry” can subliminally imply that it’s safe.

Being able to see the resort and the groomed runs offers a further (false) sense of security.

In reality, these areas should be treated the same as the backcountry.

Should I Avoid The Slackcountry?

This is a tricky one for me to answer!

I want you guys to stay safe and live to shred another day.

That being said, I’m not suggesting that everyone avoids the slackcountry (or “accessible backcountry”).

The slackcountry is perfect for experienced riders with backcountry knowledge and a healthy respect for the mountains.

The ability to access untouched powder straight from the ski lift is one of the best parts of snowboarding.

But note my use of the words “experienced” and “knowledge”.

Do you have both of these?

Be honest with yourself.

The Dunning-Kruger effect is when cognitive bias makes you believe that you’re more skilful and knowledgeable than you actually are.

This creates the false sense that you’re less likely to experience a catastrophic event than others.

You’re often at higher risk than your less experienced friends!

This tends to happen when you practice something and start to gain experience.

You feel pretty good about yourself.

Superior to others even.

It often takes a negative event to bring you back down to earth.

Example: You’re getting good at kickflips on a skateboard. And you know it. So you hit one down the drop-off that your less experienced friends have avoided due to an unsafe landing ramp. Turns out you’re not as good as you thought. You fall and break your wrist. Another victim of the Dunning-Kruger effect.

You’ll be fine – you’re with an expert!

(Also known as Guru on the above chart)

This is another common trap!

Your highly experienced friend takes you out into the slackcountry…

After all, they’re an expert!

Meanwhile, your friend was slightly unsure about the conditions and pitch of the slope, but they don’t want to mention it as they’re the expert. They shouldn’t be asking you.

Alternatively, maybe they realised it’s a tricky slope, but they know they’re an expert… so it’ll be fine!

Or maybe you trusted your friend because they’re an incredible snowboarder.

In actual fact, they are an incredible snowboarder, but they have minimal experience of backcountry safety or of that specific slope.

All of the above are possible with the halo effect.

When disasters happen amongst seasoned professionals, often human factors (and cognitive bias) are to blame.

Often when discussed later, they realise that had they made the decision as a consensus, they would not have take that route.

Why Am I Telling You This?

Ok, I got a bit distracted.

But the point of all of that waffle was to keep you guys safe.

By becoming conscious of your unconscious bias, you can try to make decisions based on safety, not hype.

I’m as guilty as the next snowboarder of getting carried away on a bluebird powder day (I squeal in excitement).

But before heading into the slackcountry, just stop.

Think about it logically.

Then make a decision.

How To Safely Ride The Slackcountry

Take a breath – try to make a rational decision each and every time you consider ducking that rope.

Reading our upcoming backcountry safety guide is a sensible start.

2. Death To The (Word) Slackcountry

Alright, I understand how hypocritical this is.

I’ve been using this term throughout the entire article…

But I did so as a necessary evil.

I actually agree with our friends over at the snowboard journal.

We need to remove the term “slackcountry” from snowboarding (and skiing) history!

Call it what it is – the backcountry. Off-piste. No-mans land.

This will fight our unconscious bias and force us to remember the dangers of our beautiful snow-capped mountains.

With that said, get out there and have some fun.

(With the correct training, equipment and an informed decision!),

I’ll even help you choose your next snowboarding destination.

See you in the backcountry!

When Does Snowboarding Season End? In 2023, Never!