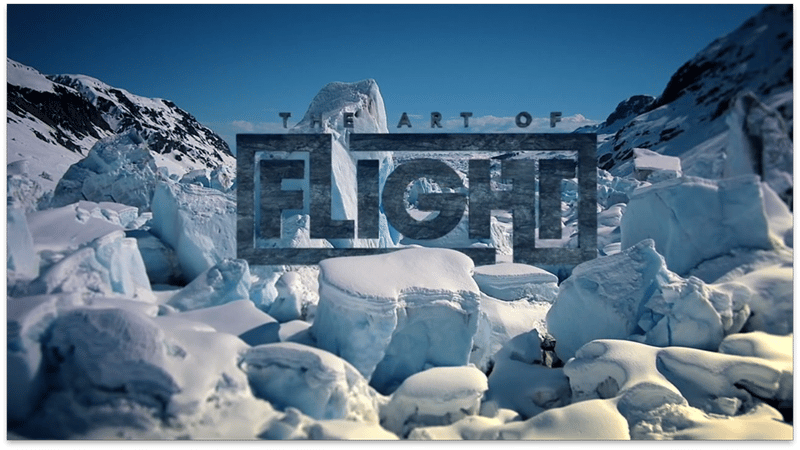 The Art Of Flight Trailer

There’s been a lot of build up and a lot of hype for the Art of Flight. Given that the premiere “went off” in New York City, 7th September, not to mention the fact you can download the movie from iTunes, the trailer below is already old news. Forgive me, I’m away from home at the moment…Is it the world’s most anticipated snowboard movie? Probably.

Looking at that, it’s pretty hard to imagine not watching it. Following on from That’s It, That’s All, the settings, the riding, the filming, it all looks spectacular. Such a big production. Maybe that’s not what you normally associate snowboard movies with, but it doesn’t stop it from being appealing. Even if it’s just to see how far they took things.

I was impressed with That’s It, That’s All. Very impressed. It didn’t necessarily give me the feeling that “I had to go riding”, like some of my favourite snowboard flicks. Parts did, but some shots made me want to go travelling and explore the world.

Will The Art of Flight be the same? Maybe. I’m still going to buy it. I’ve gotta see it now. What about you?

Another snowboard movie you can download from iTunes. Interesting. There’s no reason snowboard films shouldn’t be available in iTunes, but maybe you’re used to buying them on DVD? No waiting though, and cheaper than the disk version. £7.99 in the UK, £9.99 for the HD version.

Review(s) of Art of Flight

I haven’t seen the film yet – I’ll download it when I get home. Art of Flight was featured in the The Red Bulletin (a monthly magazine production from Red Bull) – it was the first review that I read. They wrote:

“Why we can’t wait for the best action sports movie of all time,”

Fair enough, you’d probably expect that from such a magazine. If you’re after a more rounded review – check out the write-up from Whitelines, it’s good.