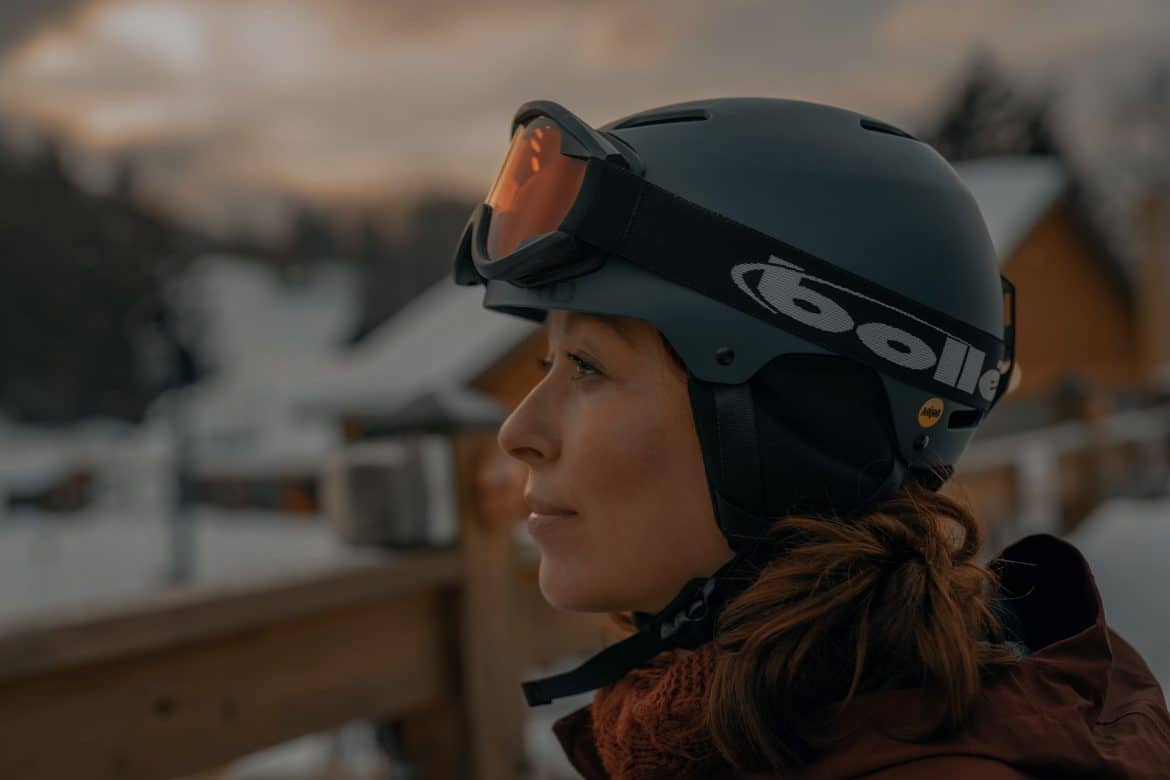 The 7 Most Inspirational Female Olympic Snowboarders Ever!

Snowboarding, like many other extreme sports, has been dominated by male athletes for a long time. The good news is, however, that there are some incredible female snowboarders coming through.

They’re breaking records, winning medals, and inspiring both female and male snowboarders around the world.

So today I did things a little different. I sent out an email survey asking who you felt were the most inspirational female olympic snowboarders. And the results are in!

The most inspirational female olympic snowboarders are:

Let’s take a look at what these phenomenal riders have done for the sport of snowboarding!

You’ll notice that a few of these riders also featured as some of the most famous snowboarders of all time.

However, if you’re looking for some inspiration and female snowboarders to support, this is the list for you. Check out their socials, watch them at the Olympics, and see what you can learn!

Widely regarded as one of the most successful female snowboarders of all time, Karine has won both gold and silver medals at the Olympics. But her most impressive statistic is that she has won a total of 29 FIS World Cup medals for snowboarding. If you’re looking for the best, it’s hard to overlook Karine Ruby.

When it comes to competitive snowboarders, Hannah Teter is as accomplished as they come. She has one gold and one silver medal from two different Olympic games for the halfpipe. On top of that, she has won 6 world cups and a gold medal from the Winter X Games. If this isn’t enough, she’s also written the brilliant book Mastering Snowboarding.

From a social perspective, Jamie Anderson is one of the original snowboarding influencers! Jamie’s content covers everything from health and well-being to shredding slopes and much more. Don’t be fooled though, she has plenty of credentials when it comes to snowboarding, including 2 Olympic Gold medals.

Aussie Torah Bright has collected multiple gold and silver medals at the Olympics for snowboarding. But her fame goes well beyond this. In addition to the vast amount of content that she’s posted on social media, she has dabbled in filmmaking where she showcases her trekking, snowboarding, and generally awesome skills. 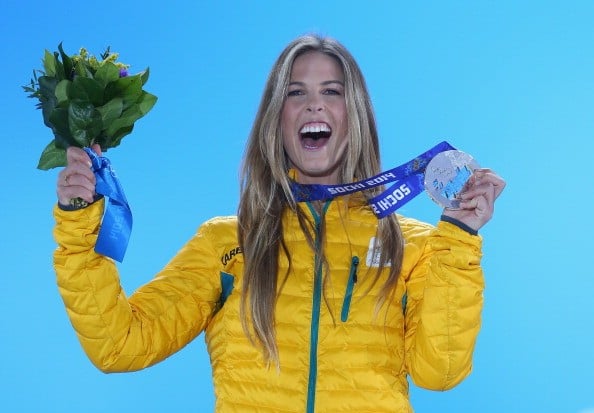 If it weren’t for athletes like Tina Basich, the world for female olympic snowboarders would look very different today. Tina was key in pushing female snowboarding into the mainstream. So it’s no surprise that she was the first ever woman to win an X Games gold. On her long list of achievements is being the co-founder of Boarding for Breast Cancer which has raised hundreds of thousands of dollars to support women through their breast cancer journey. The best place to read her story in full is in her autobiography, Pretty Good for a Girl.

Jenny Jones has been bringing it home for the brits for years. In her trophy cabinet, you’ll find multiple gold medals from both X Games and Olympic games for different events. You could argue that her crowning achievement, however, is that she was the first Briton to win an Olympic medal for a snow sport. Pretty impressive right? 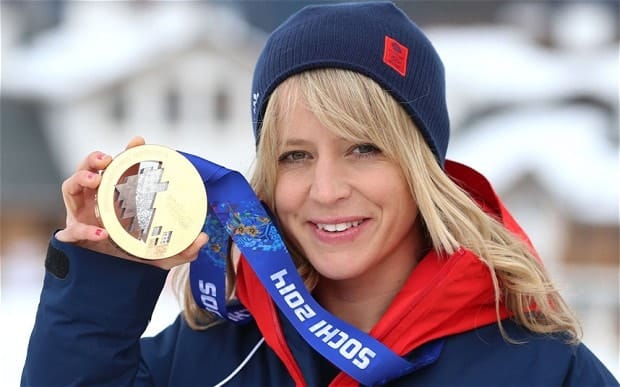 It was no surprise to me that she topped your list. Having won her first Olympic gold at just 17-year’s old, Chloe is unstoppable! She also features on our list of most famous snowboarders… so I won’t list all her medals again. But needless to say, she’s pretty awesome.

I know what you’re thinking… who asked you?

And you’d be right!

This week was all about you.

The above list was compiled from the answers you emailed in… and I think you nailed it!

All I’ll say is that every olympic snowboarder is pretty darn inspiring. So if your favorite rider didn’t make the list, it certainly doesn’t make them any less badass!

The achievements of these snowboarders should make you want to go out there and ride a little bit harder.

But if it’s out of season, maybe head to our learning to snowboard section to get ahead of the game.

As a qualified snowboard instructor, Ben has a bottomless knowledge of tips and tricks! He's also our resident snowboard gear nerd. When he's not lapping the park, you can find Ben drooling over next season's product catalog. Got a question about gear? He's your man! Learn More >

What Do Snowboarders Do In The Summer? 6 Top Pastimes