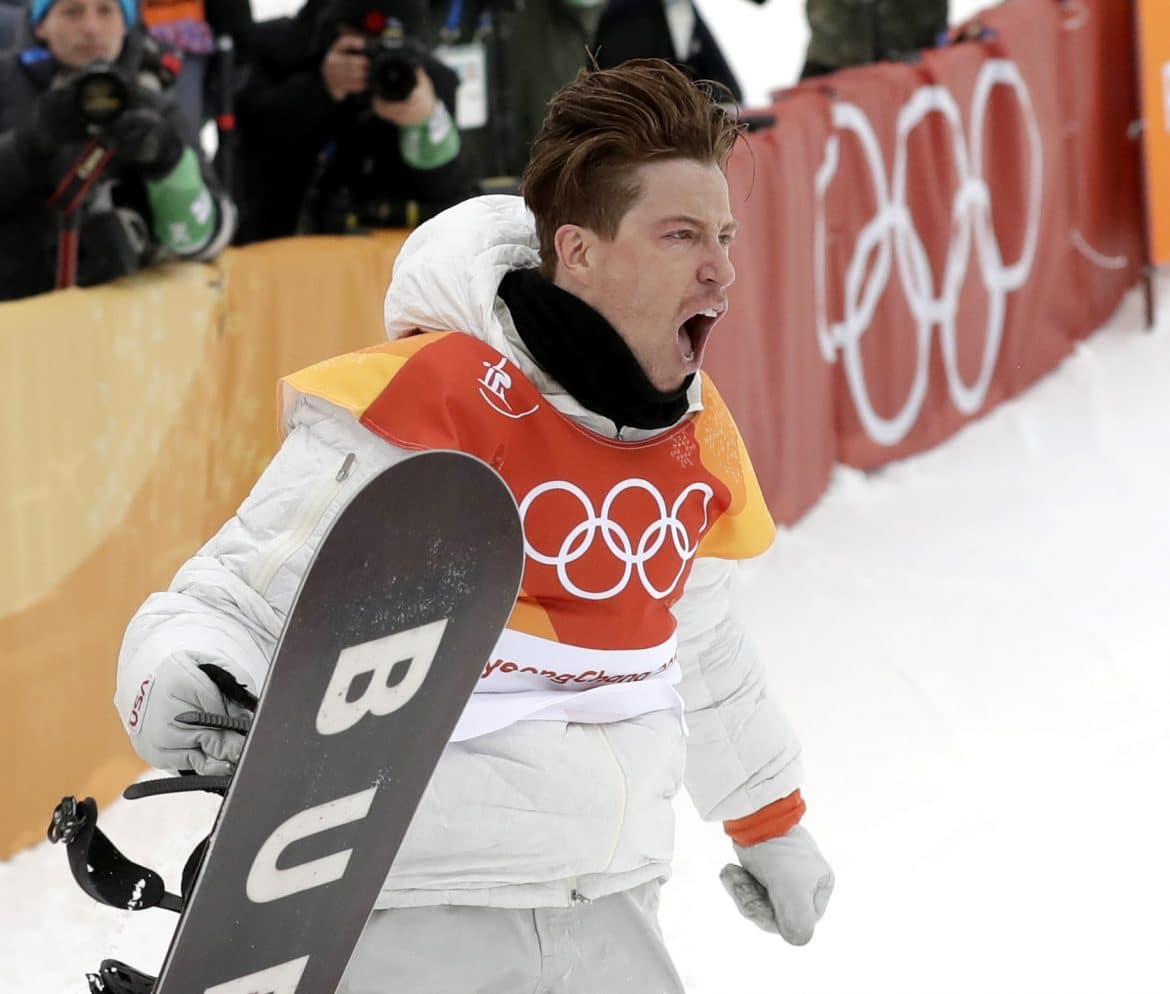 “Winter sports hysteria” has become a global pandemic. It’s estimated that over 1.92 billion people follow the Olympic Winter Games. The 2022 winter games broadcast over 9,500 hours, the longest since 1992! Snowboarding’s popularity has consequently skyrocketed, as has the fame of snowboardings most influential figures.

Here are the most famous snowboarders of all time:

You may only recognise a couple (shame on you). But trust me, these snowboarders all shaped the sport that we know and love. I’ll discuss these iconic snowboarders in detail, including their achievements and contribution. Let’s get it!

The Most Famous Snowboarders Of All Time

Jake Burton’s contribution to snowboarding will be told for years to come.

His unwavering faith in a sport Time magazine once called the “worst new sport” was unmatched.

He was an avid skier (we all make mistakes) but when his career was halted by an auto accident, he ventured into the snowboard making business.

He had a rocky start, but his passion and “Dear Rider” letters to those who bought Burton snowboards endeared him to snowboarders worldwide.

Burton is one of the first companies to design modern-day snowboards.

Whilst they get some hate… Burton make bloody good boards.

Jake Burton’s drive and ambition turned a business expected to fail into a million-dollar enterprise.

At the time of his death in 2019, Burton had become a market leader in snowboarding gear.

Even more fulfilling is the fact that 473 out of the 476 ski resorts in the US now accept snowboarding!

In 1983, only one ski resort in Vermont allowed snowboarding.

We all owe Jake a debt of gratitude for his resilience and vision.

Without it, who knows where snowboarding would be today.

Shaun White is known globally as a snowboarding superstar.

He’s the rider we all love to hate (and hate to admit we love).

He first rose to fame by winning gold in the 2006 and 2010 Winter Olympic Games.

Shaun went on to earn an insane 18 medals in the X Games (3 of them gold).

His most notable achievement was the 2012 X Games event, where he scored a massive (contentious) 100!

Wait… was that a bit of hand drag on that last landing?

Shaun remained the undisputed champion for many years.

His constant pursuit of bigger and better tricks has unarguably pushed snowboarding forward.

Many riders even cited their desire to beat Shaun as a major driving factor in their success.

Besides his influence on the slopes, Shaun White has drawn mainstream attention to snowboarding through persistent media exposure.

It’s certainly not an exaggeration to say that Shaun may be the most famous snowboarder of all time.

Terje Hakonsen is a legendary Norwegian snowboarder who dominated the sport in the 1990s.

The way of the snowboarder puts it better than I ever could:

“Haakonsen took the young sport of snowboarding and revolutionized nearly every aspect of it.”

As soon as he joined the American team at 15 years old, Terje left a mark.

He immediately earned fifth place at the US Open in Vermont and Colorado’s World Championships.

He went on to participate in several ISF World Championships, winning three times.

As you can see, his presence (or lack of presence) in snowboarding competitions always left a mark…

The 1998 Olympics were considered the most influential of Terje Hakoonsen’s career when he boycotted the games.

Håkonsen rarely appeared in formal competitions after that.

If this inspires you to book a trip to Japan (and it should) check out the 15 Best Places To Snowboard In Japan.

Alternatively if you want to see more of Terje, he also features in the best snowboarding documentaries of all time!

Travis Rice is a renowned snowboarder with over 30 titles earned over 12 years of snowboarding competitions.

Despite this, Travis didn’t get into competitive snowboarding until he was 18 years.

His participation in the Winter X competitions, followed by his role in the snowboarding movie, Transcendence, endeared him to fans of the sport.

Thus marked the beginning of Travis’ passion for the film industry.

He consequently features in 2 of the 5 best snowboarding documentaries of all time!

In 2005, he even co-founded Brain Farm Digital Cinema which produced high-selling snowboarding films, like The Art of Flight and That’s It, That’s All.

She also took home the gold in the inaugural Big Air event at the 2018 Winter Olympics.

Since then, her name has featured prominently in the X Games and the FIS World Cup.

Despite experiencing numerous setbacks and injuries, Anna Gasser’s passion and love for the sport has kept her coming back for more.

I’ll leave you with this momentous piece of snowboarding history:

Chloe Kim put us all to shame by winning her first Olympic gold at just 17-years old!

She is now a two-time Olympic gold medalist in halfpipe (2018 and 2022) and continues to slay the competition circuit.

She recently won gold twice in the World Championship halfpipe competitions (2019 and 2021).

Chloe’s impact on the sport cannot be under-estimated:

It’s safe to say that if Chloe continues on her current trajectory, she might just become the most famous snowboarder of all time.

He had an early start in snowboarding, primarily because his family preferred snowboarding and ski holidays.

In 2011, McMorris became a member of the Saskatchewan Snowboard Team and soon participated in slopestyle competitions.

In the same year, McMorris won silver in the X Games!

He soon landed the first backside triple cork 1440, the breakthrough that earned him a place as one of the most famous snowboarders of all time.

In 2018, he performed a Front-Board Double Cork 1170 with melancholy grab, another first from McMorris.

Are you not entertained?

There is no doubt that McMorris keeps pushing the boundaries and doing the unexpected.

His talent earned him a place in several videos for Transworld Snowboarding, Burton, CBC, and Redbull.

Without further ado, here’s the video of the backside triple cork 1440, the first of its kind by Mark McMorris:

Some of my younger readers won’t be familiar with Tom Sims (I’ll forgive you, just give me time).

Tom Sims wasn’t just one of the pioneers of snowboarding.

He was the pioneer.

Combining his love for skiing and skateboarding, Sims invented the “ski board” aged 13.

This was two whole years before the invention of the “snurfer” – which would become the first commercially available snowboard.

Sims soon went on to win snowboarding and skateboarding championships around the country, before founding SIMS snowboards.

He was later credited with inventing many of the quintessential features of the modern snowboard.

For any James Bond fans out there, I’ll let you in on a little secret…

It wasn’t Roger Moore shredding pow to escape the bad guys in A View To Kill.

It was our buddy Tom Sims!

The list of the most famous snowboarders of all time wouldn’t be complete without Craig Kelly.

Born in 1966, Craig Kelly is often referred to as the Godfather of Freeriding.

Starting his snowboarding career as a sponsored SIMS rider, he would finish his career riding for Burton (notice how these guys are all connected?)

Craig starred in multiple films and commercials – one of the first riders to put snowboarding under the mainstream spotlight.

His relaxed, smooth, freeride style earned him another nickname: The Style Master

^ Craig Kelly shredding in Rusutsu – one of the best places to snowboard in Japan!

It’s safe to say he packed an awful lot into a relatively short career!

Sadly, Craig Kelly died in a snowboarding accident in 2003, but his name very much lives on.

Thus ends our list of the most famous snowboarders of all time.

Do you majorly disagree?

Let me know below…

Then circle back around to my best snowboard blogs.