Après-snowboarding meaning ‘after snowboarding’ in French refers to going out, having drinks, dancing, and generally socialising after a day on the slopes. In this article we look at 3 popular activities that snowboarders typically get up to when the sun goes down behind the mountains.

Night snowboarding is amazing fun, exciting and offers a whole new snowboarding perspective. In the dark, everything looks different and feels different. It comes with its obvious dangers (especially if there are no designated lighting) but snowboarders are typically thrill seekers at heart with daredevil attitudes.

Being familiar with the runs is pretty much essential but some resorts have well lit runs catering for those night snowboarders. 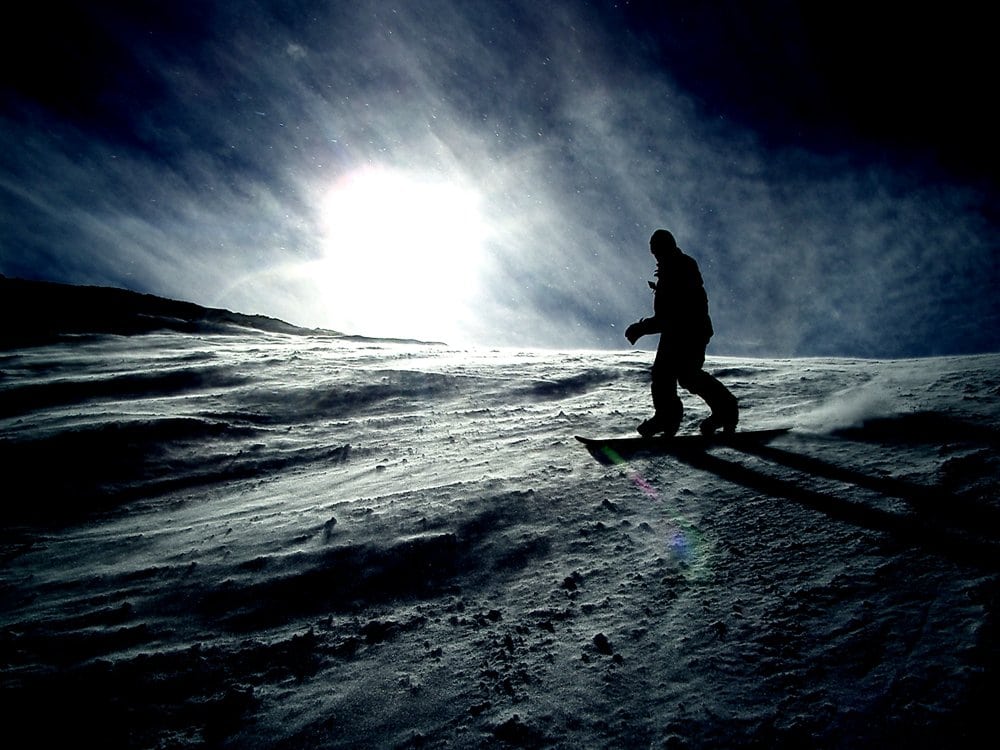 Most ski resorts, in fact we’re pretty sure every ski resort will have eating and drinking establishments of some description that you can relax, unwind, eat, drink and be merry. Some resorts are louder and in your face than others. No one does Apres ski with quite as much enthusiasm or beer as the Austrians. The big French resorts know how much the British, Dutch and Scandanavian guests like a tipple after a hard day snowboarding and now have some seriously cool Apres ski bars.

Andorra has the advantage of being very cheap to buy alcohol due to it’s Tax status. Swiss resorts may look very chocolate boxy and traditional but dig a little deeper and you’ll find some very lively Apres ski action. Most USA and Canadian ski resorts are fairly quiet places at night but there are good times to be had straight off the slopes.

Reckon this has to be one of the coolest things you can experience on the mountains. Everything is black but the path ahead as trees blur past on either side yet the trail ahead is in total focus from the bright lights of your snowmobile. Snowmobiling isn’t cheap but everyone should experience snowmobiling up a mountain at night with an organised party which many resorts cater for.