What Is Freestyle Snowboarding? How To Get Started In 2022

Snowboarding is an exhilarating sport enjoyed by many worldwide (myself included!). However, when you’re first starting out, you’ll come across a bunch of terms that may be confusing. One question you may have is what is freestyle snowboarding?

What Is Freestyle Snowboarding?

Now that we know what freestyle snowboarding is, let’s take a look at Mark McMorris and Seb Toots throwing down in the freestyle park.

This is some VERY advanced snowboarding, but it gives you an idea of freestyle at it’s finest!

A very common question – the simple answer is that a pure freestyle snowboarder is focused only on tricks and the terrain park.

An all-mountain snowboarder may love freestyle, but he’s just as likely to rip up the groomers or venture off-piste.

This distinction is made because freestyle snowboards tend to be quite soft flexing.

This can make it difficult to hold an edge on icy runs and hard to keep the nose afloat in powder.

All-mountain boards get around this by being stiffer or having the bindings set further back on the board.

If you’re interested, we have a whole article on all-mountain snowboarding.

There are many different riding styles for you to master in snowboarding. Each riding style has varying difficulty levels and poses different degrees of risk. As such, it’s vital that you don’t attempt a type of snowboarding beyond your skill level.

Beginners should not start with freestyle snowboarding. Freestyle snowboarding involves many sharp twists, turns, tricks and even jumps. To attempt any of these stunts, you should be able to ride competently, balance on a snowboard, and maneuver the board effectively.

Beginners should choose a soft freeride board or an all-mountain board when they begin learning how to snowboard.

These boards are easier to control and balance. Once you get the hang of snowboarding on one of these boards, you can move on to a freestyle board – and learning freestyle snowboarding.

What Type Of Board Is Best for Freestyle Snowboarding?

Now that you know how much experience you need to start freestyle snowboarding, it’s time to figure out what gear you need.

The three most common types of snowboard are:

Each of these boards is tailored for different abilities and riding styles. For instance, freeride boards are designed for carving, while all-mountain boards are adaptable for most purposes.

You will also find a number of snowboards that are combinations of the three main varieties. As a result, you can get a snowboard that suits your frame and skillset.

As discussed in “how dangerous is snowboarding?” some snowboards are too tricky for a beginner to control. Avoid these at all costs!

Some Of The Best Freestyle Boards 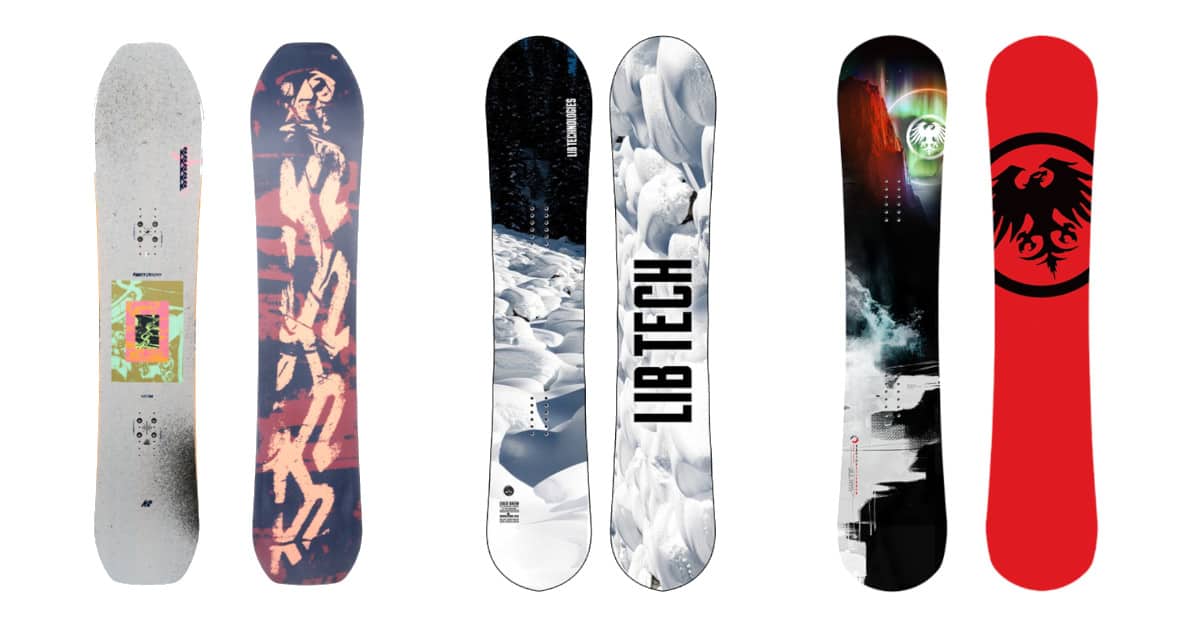 The Best Freestyle Snowboards Have:

Evo and The House have some really great options:

If you are like me, you’re probably eager to find out more about freestyle snowboarding.

I wanted to jump on a snowboard before I even knew how to turn!

That said, to get started, you need to find a suitable facility. So, where are the best freestyle snowboarding resorts in the world?

See below for some more information on these exceptional snowboarding resorts.

For much more information, check out the 13 Best Snowboard Resorts In The World

Chamonix is a legendary freestyle snowboarding resort. There are multiple big air jumps and a bunch of facilities for performing tricks. As a result, Chamonix was listed among the top snowboarding resorts on earth. Chamonix also offers runs of all abilities from beginners to professionals.

Avoriaz is also based in France. The snowboard resort is often referred to as the snowboarding capital of Europe. Avoriaz is a great place to earn your snowboarding stripes. This resort has a reputation for transforming newbies into experts in just a short period of time.

What Are The First Freestyle Snowboard Tricks I Should Learn?

This video is a handy guide to some of the first tricks you should learn when starting out.

Freestyle snowboarders like to make sudden and sharp turns, as well as fly through the air on pipes and perform big jumps.

As a result, freestyle riders use specialized snowboards adapted to glide and turn effortlessly.

Freestyle snowboarding is a skillful and challenging type of riding.

As a result, this technique is difficult for brand-new beginners.

However, with some practice and patience, newbie snowboarders can master the basics, start learning freestyle snowboarding, and begin pulling off tricks.

If you’re keen to start freestyle snowboarding, make sure you know How To Work Out If It’s Frontside or Backside and understand The Concepts of Rotation and Counter-Rotation.