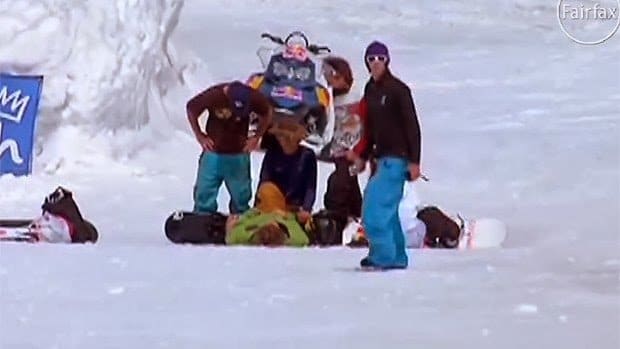 The Crash Reel – A Must Watch Snowboarding Documentary I watched the snowboarding film called ‘The Crash Reel’ last night which follows the life of professional snowboarder Kevin Pearce. The epic half-pipe rivalry between Pearce and Shaun White back in 2009/10 is now well documented in snowboarding folk lore. With both intensely practicing more and more breathtaking and dangerous jumps and tricks leading up to the 2010 Vancouver Winter Olympics, everything suddenly changes for Kevin when a horrific crash not only shatters his Olympic dreams at just 22, it leaves him fighting for his life.

‘Crash reel’ is a terms used for video montages of spectacular falls and had Kevin’s fall not been so serious, the accident would easily have ended up on one of those reels. But it was very serious. The film tells the astonishing, hugely affecting story of Pearce’s life up until the accident and his recovery afterwards and uses highly personal and highly emotional footage involving family and friends. When Kevin recovers, all he wants to do is get on his snowboard again, even though medics and family fear it could kill him.

You can see in this video Kevin practising for the jump that ended his career.


And this is the trailer to this amazing documentary:

Finally, this is an interview with Pearce where he openly talks about the crash reel documentary, the accident, his recovery and his future.