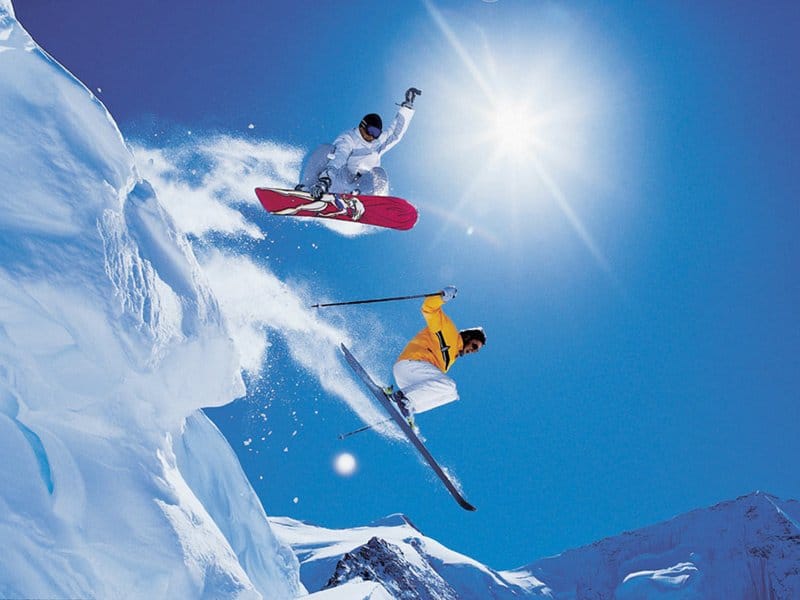 Snowboarding Or Skiing? Which One To Learn First?

Both snowboarding and skiing are great ways to get exercise and enjoy the outdoors in winter. Of the two sports, snowboarding has more of a reputation for being cool and exciting, and stars like Shaun White have made it appealing to the under-18 set. But if you’re just starting out on the slopes, you probably want to consider whether snowboarding or skiing is easier to learn first.

Snowboarding involves a finer sense of balance than skiing. Beginning snowboarders are more likely to fall, resulting in bruises and sore bodies. In some cases, snowboarders can injure their tailbone by falling backwards onto hard snow. There are various items of protection you can buy such as wrist guards, impact shorts and of course the essential helmet to reduce injury from snowboard shops like theboardbasement.com

First-time snowboarders are also more likely to injure their wrists in the process of trying to break a fall. Since the feet are bound together, getting up can also be harder.

Getting on and off a moving lift the first few times can be intimidating for both skiers and snowboarders, but it is generally more difficult with a snowboard. When exiting the lift, a learner with skis on their feet will have an easier time gaining their balance than a learner snowboarder.

Children shouldn’t use snowboards until they’re 8 years old has long been the perceived wisdom, but advances in technology and changes to ski areas are changing that view. There’s a very good article on this topic in The Guardian we recommend you read if you have children and thinking about teaching them to snowboard.

Beginners tend to have an easier time with skis because they allow for independent leg movement. Skiing is similar to walking in this way, while snowboarders have to use their whole bodies to control their turns and propel themselves forward.

Skiing has a another major advantage for beginners: skiers have poles to help them maintain balance and remain upright. On skis, you run much less of a risk of doing a face plant or falling backwards. The poles also help to guide your direction and prevent you from getting stuck on flat patches of snow. Overall, snowboarding has a bigger learning curve. First time riders will probably feel safer and more balanced on skis.

In the end, every one of us is different and the key is enjoyment like most things in life. If you find you are struggling with skiing, try snowboarding and visa versa.