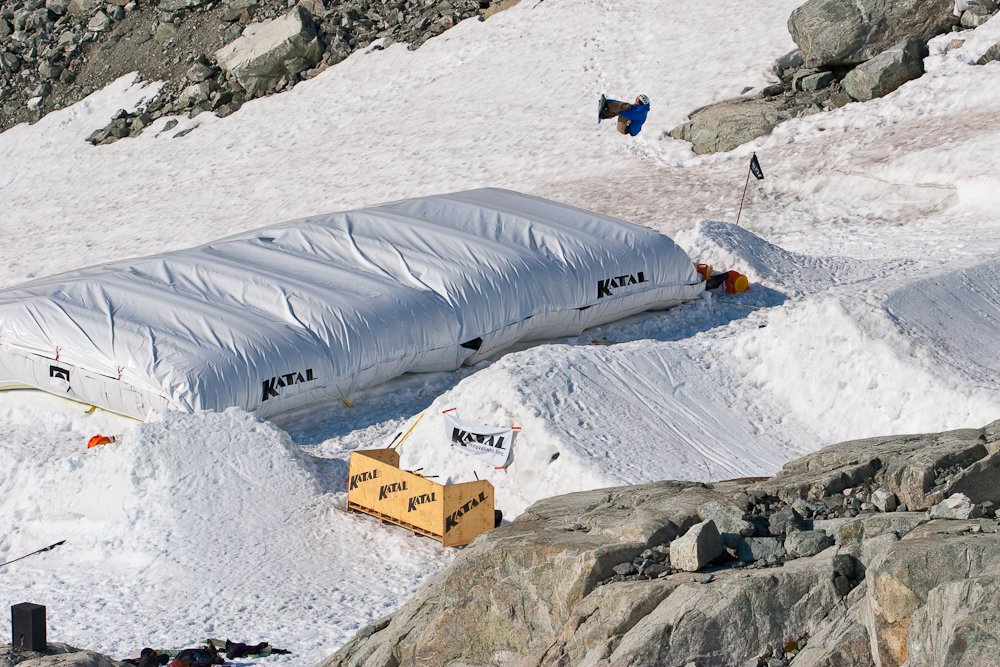 At snowboardingdays.com we love to hear anything that improves snowboarding safety. One unanswered question over the years has been “How to practice big snowboard jumps safely without putting your life in danger?” Well, one snowboarder who tragically broke his neck leaving him la quadriplegic whilst performing a 50ft snowboard jump at Whistler Blackcomb 7 years ago has come up with the answer. 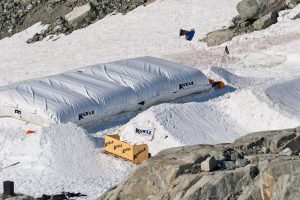 Pro-snowboarder Aaron Coret has invented a landing pad that offers an effective safety net. With the help of his fellow student Stephen Slen he designed a landing pad so that snowboarders could practise jumps without risk of serious injury. Last year, their company, Katal, won an innovation award from Popular Science. 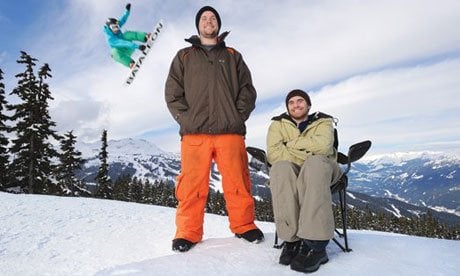 The idea for this snowboard landing pad came to Aaron in his 40 days in Vancouver hospital whilst recovering from his horrific injury. He thought of how to keep encourage snowboarders to try tricks in a safe environment. Coret says “Normally you just go to a training park – which is hard-packed or icy snow. Basically, you just give it a go. But if you make one mistake, you have to pay for it. That’s the reason a lot of people don’t try a lot of the tricks they have in their heads – because the risks are too high. When they do, there are usually high consequences because of very small mistakes, as I know”.

What do snowboarders think of the landing pad?

Coret is delighted to say “Everybody absolutely loves the thing. Yet it’s been a slow start for us. Resorts have been slow to come around to airbags. Three years ago, when we started up, we wanted to do a tour of resorts, but no one would even let us on the hill! But now we’ve made a lot of progress. Resorts have seen that air-bags are actually legitimate safety-mitigation tools. We are getting a lot of interest from all over the world. We just sold our first airbag to a resort in Russia called Kirovsk”.