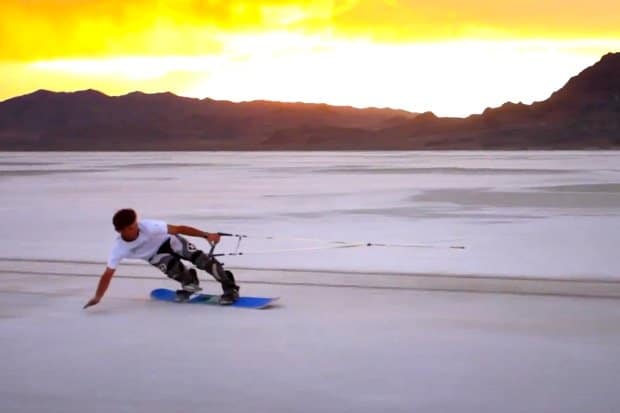 Whether salt flat boarding will catch on or not remains to be seen, but it certainly looks like fun. Being dragged on a snowboard behind quad bikes at speeds of up to 50mph does sound like a lot of fun.

The brave boarders of BLANK, normally used to dealing with soft snowy surfaces, opt for no protective gear as they zip across the beautiful and dramatic landscape in the salt flats of Utah.

As Devin Graham explains “This was not shot at all on snow, it was salt, I promise, no hidden tricks or gimmicks. Because it’s such an awesome location, lots of movies film here, such as Independence Day, Pirates of the Caribbean: At World’s End, Tree of Life, and many more.”

A Comparison of Inner Boots: (old) 32 Lashed and Burton Hail