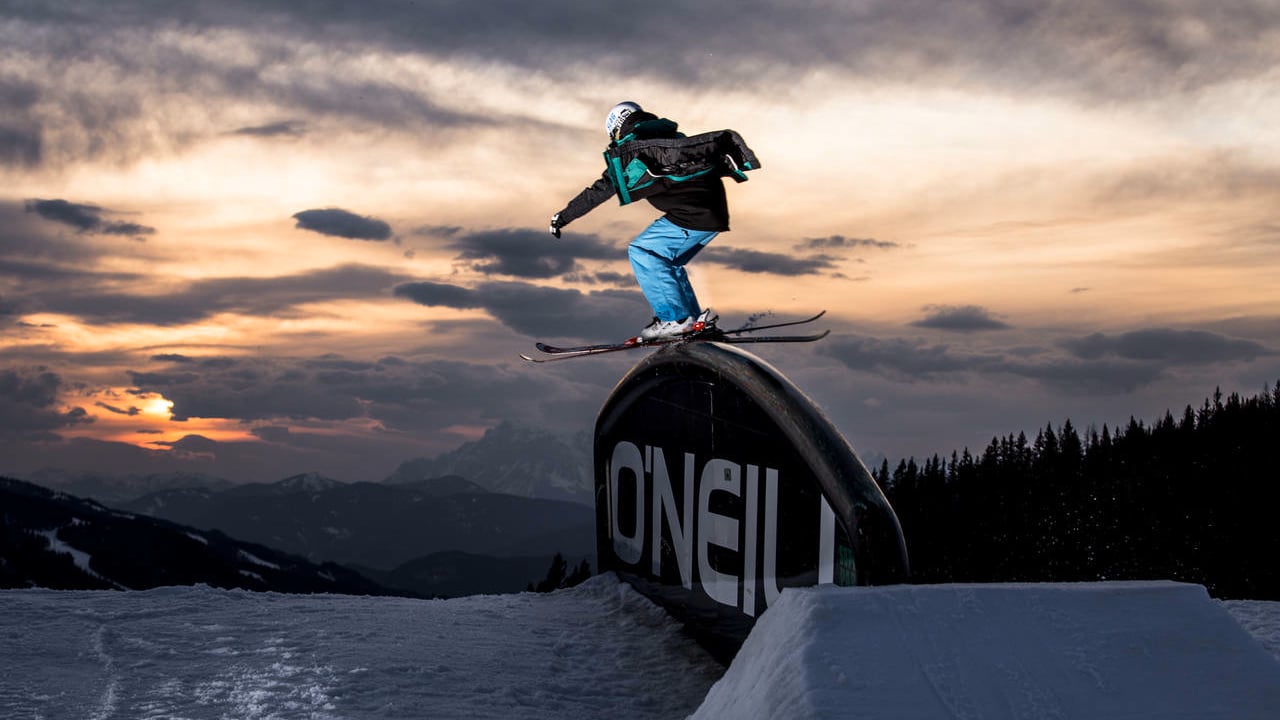 Many of us snowboarders started out skiing, especially here in the UK. Unless your family took you on ski holidays or you lived close to mountains in Scotland, the first opportunity to go skiing in the UK was with a High School ski trip. That’s how I first experienced riding snow back in 1993 and I learnt to ski aged 13! I don’t remember if learning to snowboard was an option at the time but I clearly remember watching freeskiers tearing down the mountain and fell in love. Every winter until my early 20’s when I switched to snowboarding, I would head to the mountains and the local freeride ski shop, stock up, hit the slopes and try to freeski. I still love watching freeskiers in action and below I feature 8 of my favourite freeski videos

With a backdrop of 4 continents, the skiers push the limits of park and freeride skiing.

The self-proclaimed “best ski movie ever” does its best to live up to it, although as it was made in 2008, the quality isn’t the best. The freestyle ski video features Canadian skiing icon Shane McConkey before he tragically died in a basejump ski accident in 2009. The pioneer of modern freeride skis (he strapped water-skis to his feet to tackle the deep powder), he was able to adapt to both freestyle and freeride skiing scenes with ease.

Back to the 80’s now with one of the first ever professional ski movies featuring American ski legends Glen Plake, Mike Hattrup and Scot Schmidt. All three skiers are the inspiration for many pros on the scene today and this video really marked the start of freeride skiing.

This freeski video brilliantly captures the beautiful landscapes and expansive freeriding in Norway whilst showcasing the talent Scandinavia has when it comes to alpine snow sports – as well as American freestyle skier Tom Wallisch and snowboard legend Terje Håkonsen.

A brilliant freeski movie of Sam Favret at the mythical Mer de Glace at the heart of the Mont-Blanc mountains in France.

A must watch for anyone interested in the history if freeskiing.

Afterglow is a short ski film using lighting and LED suits to film free skiers on the slopes at night in Alaska and British Colombia. It’s a real treat…