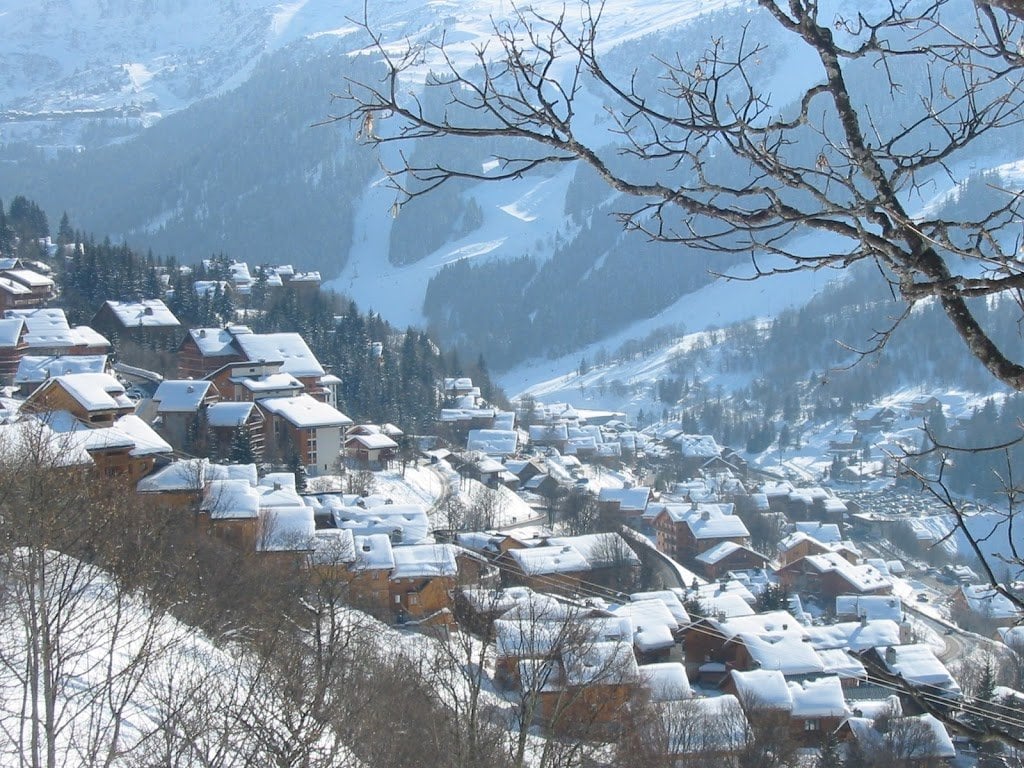 Meribel for Boarders: An Intermediate’s Paradise

There’s little doubt that Meribel in France, and the surrounding Trois Vallee’s ski area offers some of the best terrain in Europe for snow lovers, as well as the biggest lift network anywhere in the world. Founded in 1938 by a Brit called Peter Lindsay, Meribel (at 1450 metres) retains a largely British influence and energy, as well as an epic party scene. We love it for its traditional chalet-style architecture, and for the French attention to detail when it comes to piste-making and artificial snow; these last factors can make a hell of a difference if you’ve grabbed an early or late season deal and things are wearing a little thin.

For snowboarders it’s a vast playground with enormous opportunity. As with all resorts, the runs are labelled for skiers, so it’s good to do your research before you hit the slopes. Just because it’s labelled blue doesn’t mean it’s going to be an easy glide: rather it could be a narrow uphill trek which is about the worst thing imaginable for a boarder. Boulevard de la Loze is a blue run to avoid, without doubt, whereas Aigle, Hermine, Chardonnere offer perfect gentle conditions.

For higher level boarders, our top tip is to check at the Chaudanne Lift centre to see which runs have been prepared by the French piste crew in the night. Based on that you might wish to get yourself over to the Roc de Fer chairlift, which will take you far above the tree line to Le Face, the 1992 course for the Women’s Olympics.

More of a good red than black, but if you get up here early the chances are you’ll enjoy pristine conditions. Keep on going up on the Loze chairlift and you come to Tetras, a near legendary mogul field which can give your knees a lot to reckon with, not to mention the possibility of some huge wipe outs. Avoid this one if the snow isn’t good. If there’s been a dump you might wish to head off to the side where you’ll see a Meribel rarity: trees. This west facing slope can offer a stunning and fairly complex run through glades of pine, actually much better suited to boarders than Tetras itself.

If it’s snowboard parks which floats your boat, Meribel offers two great examples: Moonpark which is at mid-mountain level on Tougnete, and the DC Area 43. Moonpark covers a whopping 25 acres of tables, rails, boxes and kickers.

The H05 crew responsible for the design have added an eco-element recently, which they called ‘bio rails’. These are basically wooden rails, and they’ve developed three options depending on your level of skill. It’s even got a barbeque zone they call ‘Chill and Grill’ and some cool big screens so you can catch a glimpse of yourself attempting the boardercross.

DC Area 43 is over under the Plattières gondola, and also offers a wicked experience with 200m of rails, half pipes and jumps.

Ultimately, Meribel and the larger Three Valleys excels at intermediate level skiing more than gut-wrenching blacks. It’s efficient and organised and there are really few places in the world where you can board such diversity, and travel such distance in total comfort.

Let Someone Else Do All the Planning with a ‘Package’ Holiday?