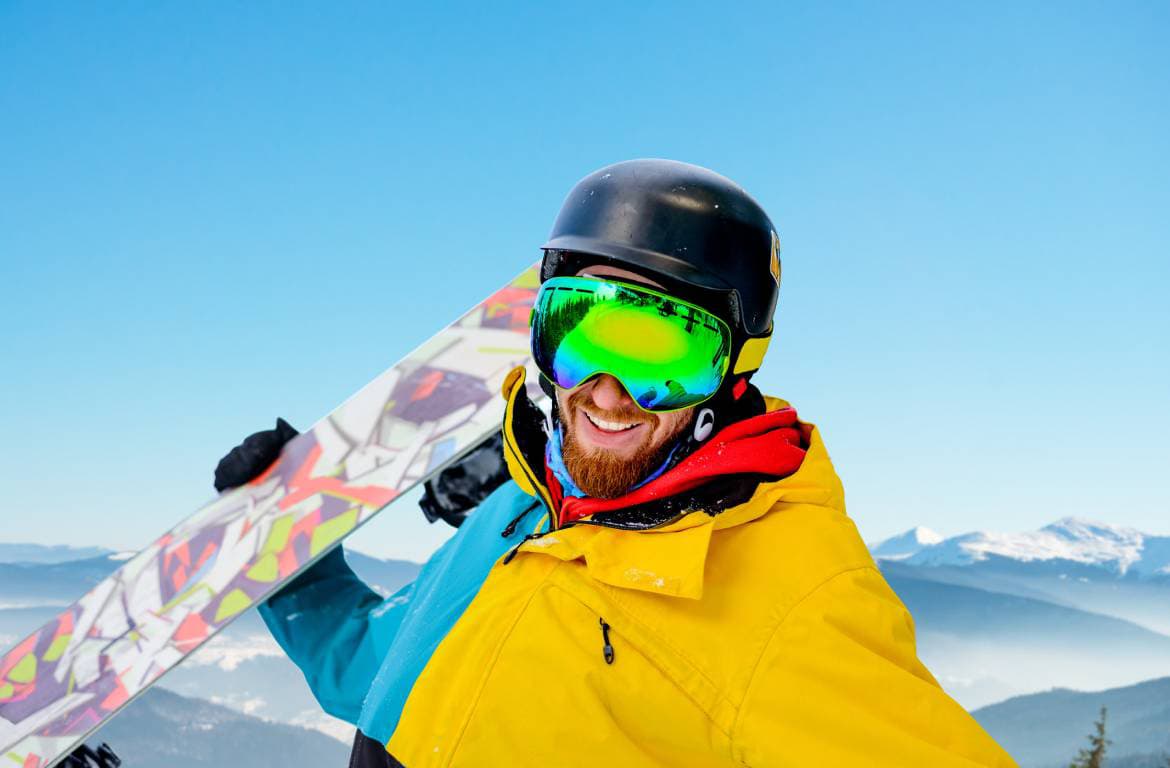 Do you enjoy snowboarding but also love puns? Introducing… the best snowboarding puns. Now I know what you’re thinking, I must have gone completely mad in the off-season. Whilst this may the case, this article is actually one of the most requested topics. So here you go.

These snowboarding puns are snow bad, you can’t help but smile!

You can even use them next time you hit the slopes…

Your friends will love them (warning: results may vary).

Keep reading to learn more about these “jokes”.

You know a joke is a good one when it needs thoroughly explaining… not!

Regardless, the people asked and so I will deliver. Here is a bit of detail on how to use each of our snowboarding puns. If you’re all punned out, head over to our other articles to keep the good times rolling.

1. I’m Getting Snow Board

You can use “snow board” as a pun in many different ways!

For example, you can say:

Needless to say, it sounds just like “so bored”, so you’ll find plenty of opportunities to use it.

If you like these kinds of puns, you can also use “snow” in the place of “know” or “so”. For instance, “I snow these hills” or “I’m snow tired.” Comedy at it’s very finest.

Overall, the word snow sounds like plenty of other words. You can use this to your advantage when crafting new snowboard puns.

2. We Needed Alp on the Chairlift

“Alp” is another great word for making snowboarding puns – it sounds like you’re saying “help.”

Plus, the Alps are of course one of the highest mountain ranges in Europe, making them very relevant to skiing and snowboarding.

The Alps also run through several countries, including Switzerland, Germany, and France, so you can use these locations to lead to your pun. Most people prefer to mention France.

Here are a few Alp puns that you can use on the mountain:

As a variation of this pun, the word “alpine” sounds like “I’ll pine,” so you can use it similarly. For example, you can say “Alpine for my snowboard when we go home” or “Alpine for these slopes every day” – there are many ways to use the phrase.

In short, “Alp” has a lot of potential for snowboarding puns. You can easily make up your own puns using it too.

3. It’s All Downhill From Here!

This pun works in plenty of different situations.

It’s funniest when you’re at the top of the hill and calling out to your friends right before you shoot down the mountainside. For best results, use it on every single run (warning, may result in violence).

There’s also a variety of ways that you can use it.

Here are a few samples:

When it comes to snowboarding or skiing puns, “downhill” is a great word. Drop us your best example in the comments below!

4. Tis The Ski-Son To Be Jolly

Next, you can replace the word “season” with “ski-son” in different circumstances. Hilarious!

The “joke” tends to land best when you use it around Christmas time. These are a few examples:

There are not as many ways to use “ski-son,” but it will surprise your (long-suffering) friends when you do.

“Icy” is another great word for snowboarding puns. You can use it to replace the phrase “I see,” which works well in many different situations.

These are a few options for you to use:

You can also say “icy” when you take your goggles off (if you use them). It’s sure to throw your friends for a loop if you look at them while doing it.

6. Avoid the Lake; You’ll Be on Thin Ice

If there’s a lake nearby, you can use the phrase “thin ice.”

Although this usually happens more often in cross-country skiing than when hitting the slopes on a snowboard, you’re sure to find other ways to use the pun.

You can also say “you’re on thin ice” to your friends while on the hill. Since you’re surrounded by snow, it should land pretty well.

If they’ve just crashed due to icy conditions, maybe best to check they’re ok before hitting them hard with the puns.

You can use this when you and your friends first set off down the hill. Then when departing on the chair. Then again on the next run. It’s even better if you can shout it out quickly while going past them.

They will absolutely love (hate) it!

If you give a little wave and start walking away when you say it, it helps the joke hit home a little better.

8. Go Where Snowman Has Gone Before

You can also easily use “snowman” instead of “no man.”

For example, you can say, “Let’s boldly go where snowman has gone before,” the moment before you start a trail on the mountainside.

You can also say, “Let’s go off-piste, where snowman has gone.” (Piste refers to a downhill trail where the snow becomes packed from snowboarders and skiers traveling over it).

As you can see, “snowman” is another fun snowboard pun to annoy your friends with.

9. Does This Mountain Peak Your Interest?

As another pun for “board” snowboarders, you can use “peak.”

Since you’re going to be traveling down the peak of a mountain, you can use it in a few different ways. Here are a few pun ideas for you to use:

Additionally, you can use “peak” in the place of “speak.” So, you could say something like, “Actions peak louder than words” or “I need to peak to you at the top of the mountain.”

Disclaimer: I promised you puns, not comedy gold. Use at your own risk!

If you have some friends who go skiing too, you can always try using “ski you later!” on them.

There are also some variations of this that you can use. For instance:

Next, you can use the word “whiteout” instead of “wipeout.”

You’ll have more chances to use this joke if you have someone new to snowboarding in your group since they’ll probably fall over a lot.

Using this pun can help lighten the mood if a beginner feels frustrated with how often they crash.

When To Use Snowboarding Puns

Most of the time, people react to puns by staring at you for a few seconds before either laughing or shaking their head.

Persistent use of snowboarding puns may lead to aggression.

Many of the above puns can also double up as skiing puns. If you’re going on a ski trip this season, you’ll find plenty of opportunities to use the ones listed above.

Wherever you plan on using them, these snowboarding puns make great ice-breakers!

There you have it, my comprehensive list of snowboarding puns.

Got a better one?

Drop your best snowboard pun in the comments below!

Make sure to sign up to the newsletter for more snowboarding punny business (including exclusive discounts).