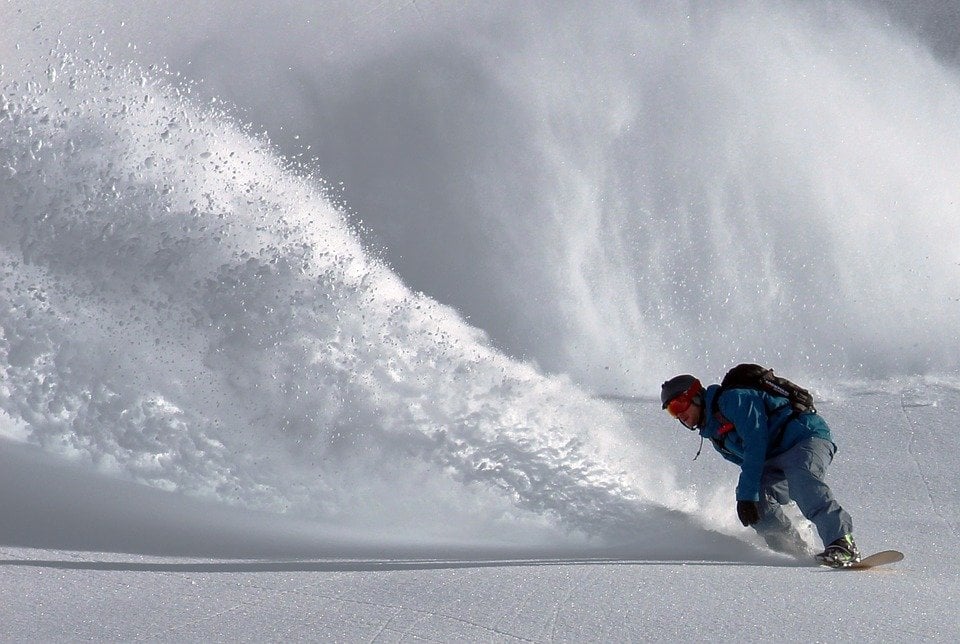 Why I Will Be Snowboarding In 2012

Not too long ago I wrote about why I won’t be snowboarding this season. Well, since that accident I’ve had a lot of time to think, I’ve spent a lot of time off work. I’ve done a good deal thinking about the type of work that I’d like to do – and the way in which I’d like to be able to do that work. I know it’s hard for this to not sound like a cliche, but I’ve thought beyond that – about the other things in life that make me happy.

I get a lot of enjoyment from working on this site – writing about snowboarding. Unfortunately, this snowboarding blog doesn’t generate much money, nothing more than a contribution to an annual snowboarding trip. It would be great if it did, but the thing I get most in return from writing is enjoyment.

However, it has shown me that there is the potential to contribute more to my living through writing; with time and effort, there are ways that I could write about snowboarding, work with snowboarding, and for that effort to be closer to my job. I think.

As recently mentioned, I’m also working with a friend to write a couple of applications for the iPhone. It’s the first time I’ve developed for this platform, it’s even the first time I’ve ever used a mac (getting an iMac was such a drag), but these initial projects are going quite well. That doesn’t mean that I expect the apps themselves to be mega successful, but working on them is panning out quite nicely. I like it. It’s something I could continue to do in the future.

I used to get a lot of enjoyment from my actual job, as a software engineer. I work in the medical industry writing software to aid doctors and scientists as they help other people. It’s rewarding when you meet the customer and find that the work you’ve done is really making a difference.

But the situation, at my place, is changing. The projects we’re working on seem to fit less well with that underlying goal. And, whilst the medical industry is a satisfying sector to work in, my trade is still software development. Personally, I find our software development practices to be far from ideal, and that’s being kind. It makes work very frustrating.

I don’t suppose anyone from my company (except James) is reading this, but to avoid any potential issues, I won’t mention the company that I work for…

The result of my recent situation is that I’ve considered more enjoyable and more motivational ways in which I could work. I’ve started to dip my toes in. They might not be as well paid or as secure as a normal job, but I’m less bothered about that. I get a lot of satisfaction from working on my own projects – where I have a direct effect on their success.

Again, trying to avoid the cliche, the accident and the time I’ve spent off work have made me realise the importance of doing stuff that’s worthwhile and enjoyable. I’m not just talking about snowboarding – I’m thinking more about day-to-day life.

However, I should probably return to the title of this post – why I will be snowboarding in 2012.

If nothing changed, business as usual, I think I’d be looking to shred somewhere like Breck or Whistler. A two-week trip most likely. They’re both resorts that I’ve been interested in for a while, and I want to try them out.

However, over the last 5 years of so, one of the things that I would have really liked to do is spend the winter in a snowboard resort – do a season. I feel pretty strongly about this, and I don’t really want to go forward carrying a regret. The more I think about it, it seems like the best idea is to just do it. To make it happen.

I’m the type of person who wouldn’t like to say I’m doing a season in 2012 and then for it all to fall through. Just like the iPhone app, I’d rather talk about it once it’s live on the App Store. There is a good chunk of time between now and 2012…

Nonetheless, this is my plan. I’d like to learn more about my potential to make a living without a conventional job; to have flexibility in where and how I work. It may turn out that I can’t sustain this style (I don’t actually know what this style is) of work, but then again it might be enough to make a period of travelling more achievable. We’ll have to wrap a few things up, make some preparations, but it’s doable.

So I will be snowboarding in 2012. If I’ve got the courage to hold to my convictions, it will be for a few months, rather than a couple of weeks…