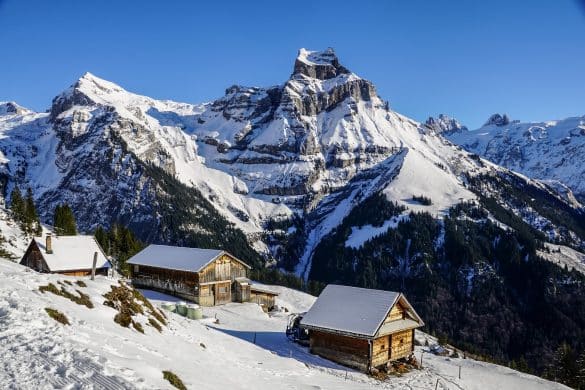 It’s hard to imagine a Winter Olympics without snowboarding. Whether on a competitive level or for recreation, snowboarding is one of the most popular winter sports. But did you know that snowboarding wasn’t always warmly welcomed, especially at ski resorts?

Snowboarding was first allowed at the Ski Cooper resort in 1981 and a handful of other ski resorts by 1985. However, it wasn’t until the 1990s (almost 15 years after the sport became mainstream) that most ski resorts started to allow snowboarding.

Why was snowboarding banned from ski resorts initially, and why did it take so long for it to become accepted as a mainstream winter sport? Read on to find out!

When Did Snowboarding First Feature At A Ski Resort?

This invention became popular amongst children and teenagers, and the product was called the Snurfer. Over the next few years, snowboarding boomed amongst winter sports enthusiasts, and Sherman Poppen hosted the forest Snurfing competition in 1968.

Quite a long time for the best sport in the world to make its way to the limelight, don’t you think?

Do All Ski Resorts Allow Snowboarding?

These resorts advertise a “ski only” policy that attracts ski enthusiasts who prefer not to ski alongside snowboarders.

However, according to the resorts, the policy has nothing to do with snowboarding itself but is rather used as a marketing tool to target ski enthusiasts.

More on this in our article 3 Ski Resorts That Don’t Allow Snowboarding.

Major ski resorts initially banned snowboarding because it wasn’t perceived as a sport. There were also safety concerns, and snowboarders weren’t covered by insurance. Additionally, many skiers were at odds over snowboards due to a perceived takeover of their sport.

Unfortunately, snowboarding wasn’t taken as seriously as other winter sports when it was first introduced.

To be honest, snowboards were initially marketed to kids and used purely for recreation.

Many skiers were also at odds with the seemingly “rebellious” teenage snowboarders and their stunts. There were no professional snowboard competitions at the time.

Also, ski resorts wouldn’t accept a sport that wasn’t covered by insurance. However, since insurance companies relaxed their policies for ski resorts in the 1980s, more resorts started accepting snowboarders.

We’ve come a long way from the days when snowboarding was banned from ski resorts.

Nowadays, almost every ski resort welcomes snowboarders (except these), and professional snowboarding has even become more popular than skiing in some areas.

Snowboards have also evolved and are much safer than the original Snurfers.

Nowadays, with snowboarding consisting of 30% of all winter sports, it doesn’t look like snowboarding is going anywhere!

So why not stick around and check out more of my snowboard blogs.