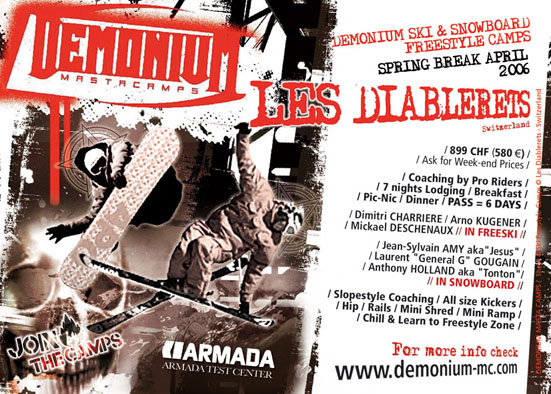 Back at the end of 2004 I got my first sniff of freestyle when I went to the Demonium Masta Camp in November. At the time I had done a total of 3 weeks riding: a week in Chamonix during January 2003, and then two weeks in Chamonix, February 2004.

I was looking forward to the 2004/2005 season as I was getting more into snowboarding – and I was searching for somewhere to ride early in the season. I read about a couple of camps in a magazine and decided to give one of them a ring…

To cut a long story short, and it is a long story, I ended up hopping on a plane by myself and travelling to Les Diablerets, Switzerland. It was the last week of the camp and I was the only British guy there; in fact I was the only camper that week!

Before I went I knew absolutely nothing about freestyle riding. The best I could manage at the time was a small ollie – all I’d been doing was blasting around the mountain getting better at freeriding…

The camp was excellent. I was coached by “Jesus” (Jean Sylvain) – who was a very good coach as well as a mint rider. I remember at the time, my second day I think, he injured his hand in the pipe. The next day he was back on the glacier with a small pot up to his wrist. I was asking about backside rotations and he was like: “I’ll show you”, and then dropped a huge backside 9!

I had so much stuff to work on that I had to ask him to let me ride alone in the afternoons so that I could practice.

It now looks like Tonton is one of their coaches as well.

I didn’t know it at the time, but the park at Diablerets is really good. They have a line of 4 kickers (each with 3 different sizes), and then two further kickers after that, making six in a row. The halfpipe is also really well groomed and is massive.

Anyone thinking of hitting a camp – I would recommend checking this one out. If you’ve got any questions just ask. Alternatively you can contact Dre who is one of the organisers, a super laid back rider, or check out the website. 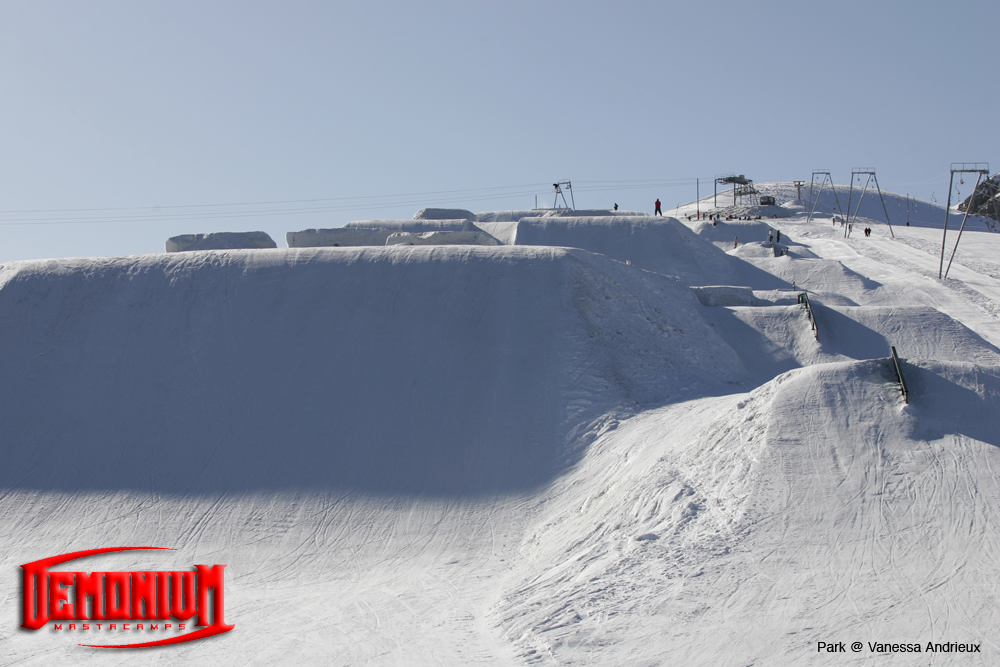