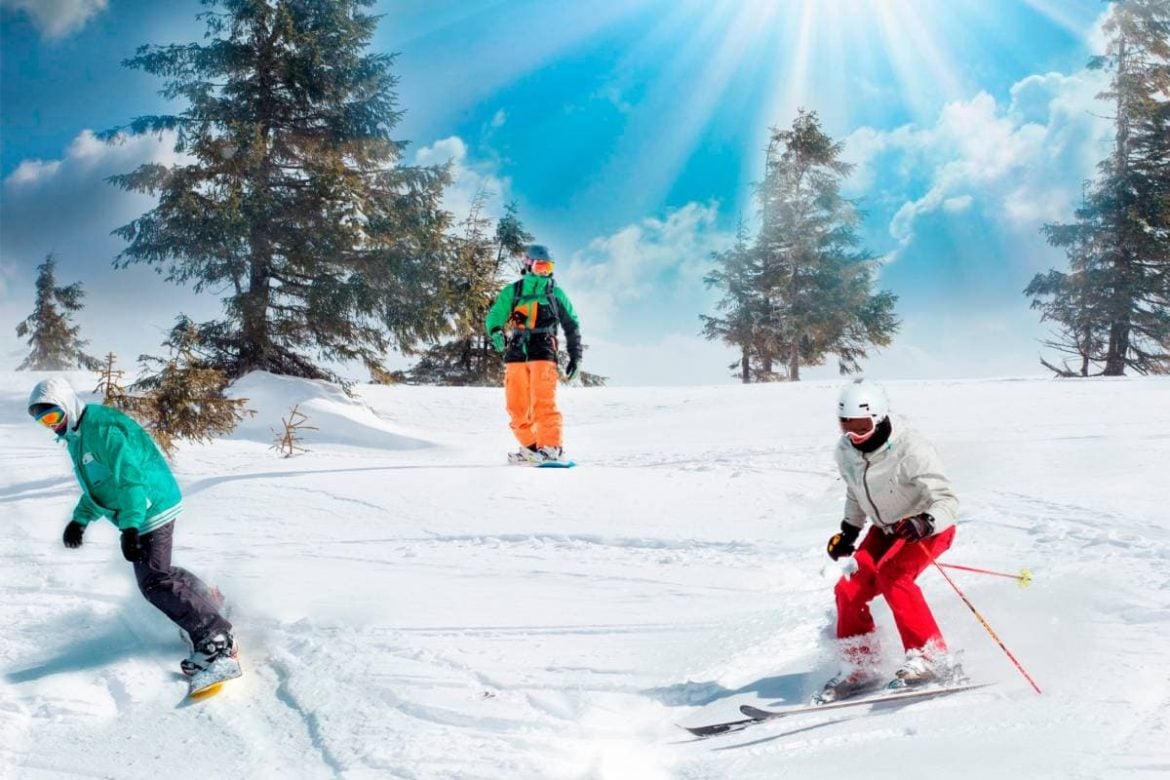 Snowboarders Are Annoying! Why Skiers Hate Us…

“Snowboarders are arrogant, dangerous and ignorant,” said every skier ever at some point. Skiers and snowboarders have a sibling-like rivalry that has spanned decades. But where did this rivalry originate, and do skiers really hate snowboarders as much as people say they do?

Rivalries are common in sports. It’s inevitable. However, rivalries typically exist between teams within a sport and between the sports themselves. So why do skiers hate snowboarders?

Continue reading for a breakdown of the origins and current state of the long-standing rivalry between skiers and snowboarders. If you’re a skier… welcome. We’re not that bad, I promise!

Why Do Skiers Hate Snowboarders?

In order to fully understand any conflict, you must first understand where the roots of the disagreement lie. So let’s examine why skiers are displeased with snowboarders and why they want us snowboarders off the slopes (or at least did years ago).

Skiers hate snowboarders because snowboarders typically cause more damage to the snow on slopes. Snowboarders are risk takers by nature, so skiers believe they pose a greater risk of causing accidents on the slope. Additionally, skiers are unhappy that snowboarders have better public perception than skiers.

When you picture a snowboarder in your head, you think of an eccentric, young, and incredibly daring individual (right?). However, when you picture a skier, you may think of a retired person or a wholesome family trip. This difference in common perception displeases skiers, who may in turn take out their anger on us poor old snowboarders.

I should mention at this point that I’m merely reflecting public perception and the views spouted online. I happen to be highly envious of my skier friends at times!

It’s controversial to say so on a snowboard site… but I think some tricks (spins in particular) look much cooler on skis than on a snowboards. There, I said it!

The Beginning Of The Rivalry

When it comes to sports on the slope, skiing is the classic choice, whereas snowboarding is the new kid on the block.

Snowboarding first came to prominence during the 70s and 80s… While skiing has been around for much longer.

As a result, when snowboarding first arrived, skiers had to put up with a new crowd of participants, riding new gear and moving in a manner that was hard for them to judge. This caused inherent friction as the skiers had their skiing disrupted.

A good comparison is when a firstborn child is not best pleased by their parents bringing home a baby… BUT eventually, they grow to love them. Nawww, you guys!

During the early years of snowboarding, skiers had safety complaints, as well as complaints about damage caused to snow by snowboarders. As a result snowboarding was not allowed at ski resorts.

Now… in all fairness to skiers, these concerns were warranted during the early days. Snowboarders were generally inexperienced for a long time compared to modern riders. The equipment was also prone to hurtling off down the hill!

Snowboarders, in turn, felt that they were not welcomed by established skiers when they first began riding the slopes. This birthed a rivalry between skiers and snowboarders that led to stereotypes about each.

The State Of The Relationship Now

The rivalry between snowboarders and skiers is much calmer now than it was decades ago.

This is partially due to the fact that skiers have accepted that snowboarders are here to stay. It probably helps that we generally have a significantly increased ability compared to the early days of the sport.

Dare I say it… but skiers have also taken inspiration from snowboarders.

The slopestyle and halfpipe competitions are just a few examples.

Additionally, as snowboarders are increasingly skilled in modern times, they cause less harm to the snow on slopes, and they’re less likely to cause accidents for skiers. As a result, some bridges have been built between the two snow-sliding disciplines.

While the relationship between skiers and snowboarders has improved dramatically over the years, there are still some vestiges of the old rivalry on display today. Some ski resorts ban snowboarders, citing safety concerns. However, this is supposedly a business/marketing decision.

Overall, the rivalry between snowboarders and skiers is now mostly playful.

The two sports can now inspire each other to achieve bigger and better tricks. Some professional skiers (like Sean Pettit) have even taken up snowboarding!

But Are Snowboarders Annoying?

I know loads of snowboarders and many are extremely annoying.

But usually in a lovable, mischievous kind of way. Kind of like a little brother.

After all, snowboarding is at heart, just playing around and having fun with your friends on the mountain. This lends itself to immature hilarious jokes, lots of laughs and a generally noisy environment. This can be perceived as annoying by skiers on the outside… however if you see me out on the mountain, you’re more than welcome to join in!

Skiers are the old-timers, displeased by the emergence of the cool new kid on the block, snowboarders…

At least, at one point in time this was the case. However, in recent years, the relationship between the two snow-based activities has drastically improved.

Nonetheless, skiers still complain about damage caused to the snow by snowboarders, as well as blame snowboarders for most of the accidents on a slope. But we snowboarders know this hatred is born primarily out of jealousy, as snowboarders are cooler, better looking and more adventurous, and people know it! (I’m being satirical of course… or am I?)

If I’ve convinced you to join us and become an annoying snowboarder yourself, then keep reading for more great snowboard blogs.

Shredding The Gnar! The Bizarre Meaning And Origin

How Many Calories Does Snowboarding Burn? 5 Key Factors