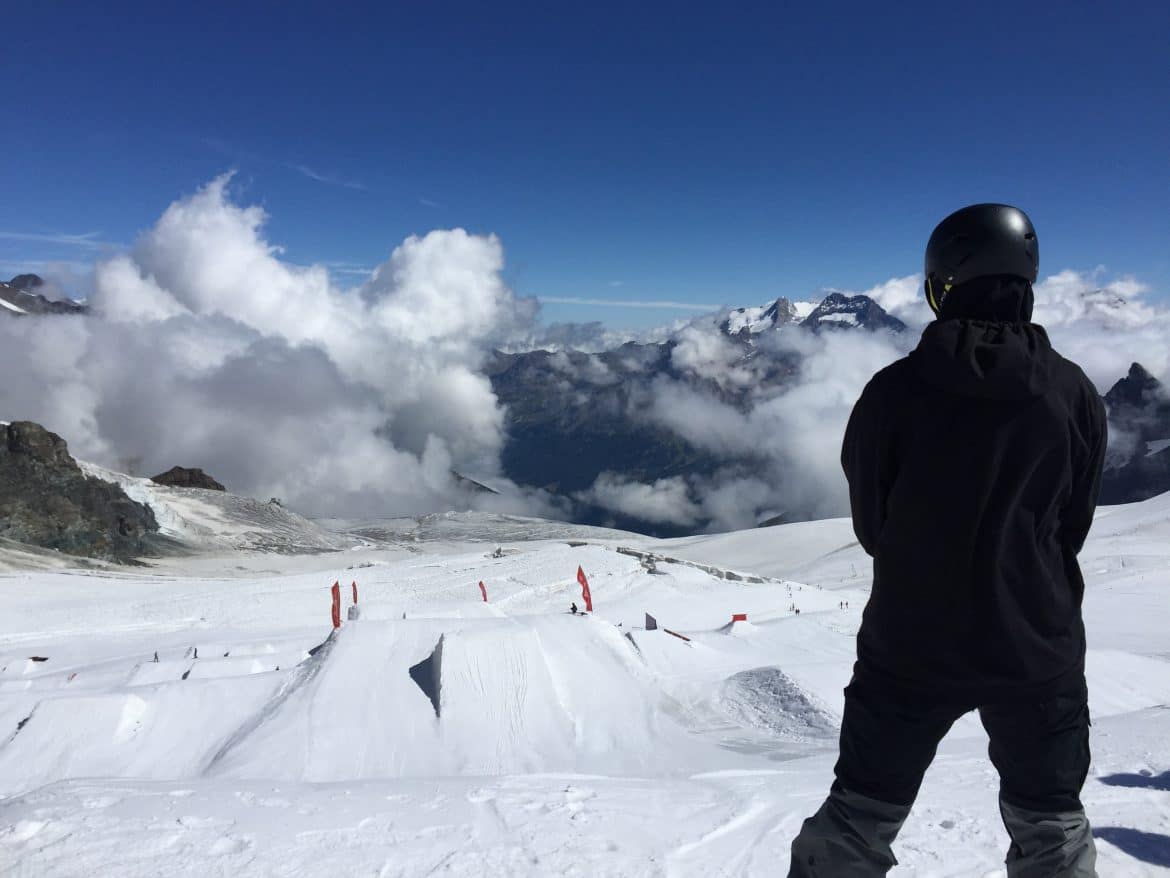 Park vs. Pipe: Which Is More Popular? OK, so the Olympics might not be the main event for competitive snowboarding, and yes, the other competitions all have slopestyle as well as the halfpipe. But I still prefer the pipe in this regard. It’s a better competition; more exciting. To me, the halfpipe is a better arena for athletes to compete in, compared with a course created for slopestyle.

But in resorts, I see more shredders lining up for the kickers and rail lines than I do for the halfpipe. Why is that?

Is the terrain park more fun? More varied? Better suited to a wide range of abilities?

Not sure about more fun, but to the others, I’d say yes. Snowparks are without doubt, more varied than the halfpipe. Big jumps, little jumps, hips, rails, boxes… there’s plenty to do. As for welcoming new participants, it’s easier to provide beginner park features than it is to provide a good, beginner halfpipe. What’s more, taking on small jumps in the park is a natural progression from little jumps around the piste; the halfpipe is something new entirely.

As for the UK scene, building a halfpipe is a stretch too far. The indoor fridges can build jumps, rails and boxes, but none of them can make a halfpipe. Likewise, it would be a big, fixed investment for one of the snowflex hills to take on. Sure, there are examples in Europe from both indoor snow and snowflex, but they’re the exception rather than the rule.

And perhaps the snowboarding media – productions and advertising – are helping to cement the the trend. Video parts are full of back country kickers, park jumps, street rails, jibbing… and some halfpipe runs. The halfpipe clip can often be an extract from a competition.

I’m not saying there’s anything wrong with this, but it’s as if the halfpipe has been set to one side for competition use only. OK, I know that the majority of pro shreds out there can probably all kill it in the pipe, but I’m talking about popularity in the masses.

Has the halfpipe become an older discipline?

From where I’m sitting, the park is more popular than the pipe. What do you think? Which do you like to ride most?