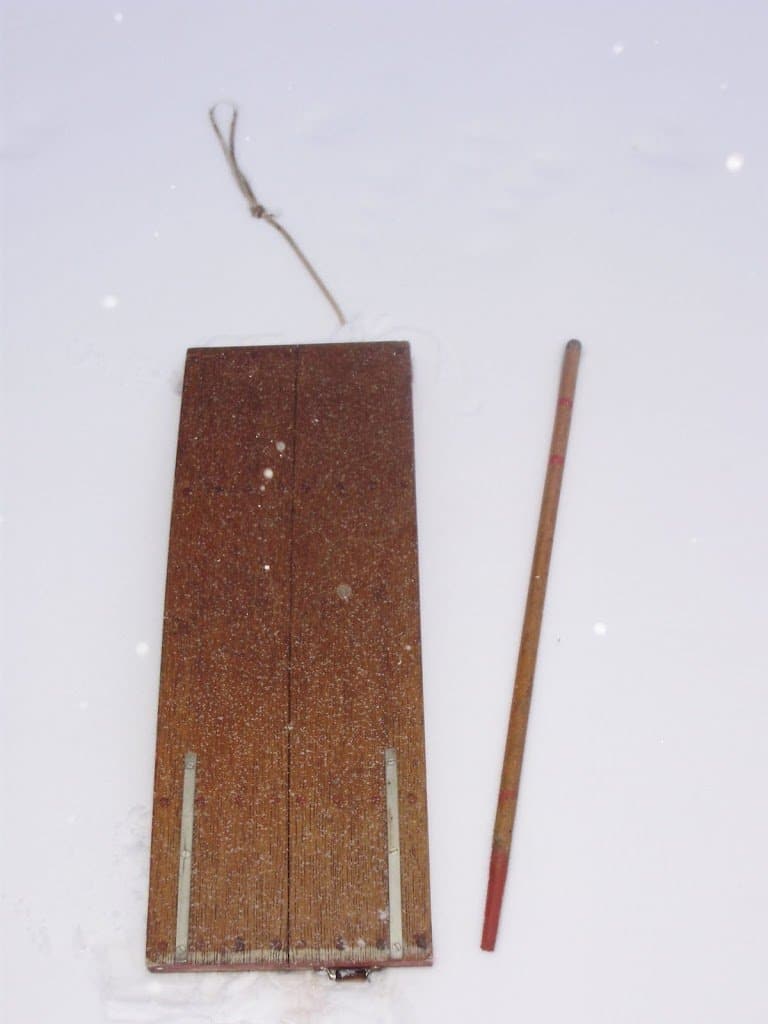 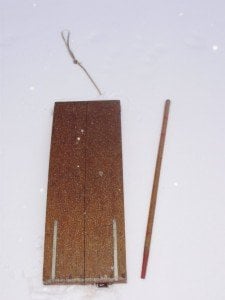 This is an exclusive video of the first snowboard patented in USA in 1939 sent in to us by Stephanie (Burgeson) Dorn which features her Grandfather, Gunnar Burgeson who co-invented the snowboard. S

nowboarding sure has come a long way since 1939 and we are glad that Stephanie decided to share this great video and pictures with us and our readers of Snowboarding Days.

What Stephanie (Burgeson) Dorn’s father, Don Burgeson has to say about his dads invention….

My dad, Gunnar Burgeson, came to the U.S. from Sweden when he was 18 years old and settled in Oak Park, IL. In 1939 my dad co-invented the snowboard with his brother Harvey Burgeson and relative Vern Wicklund. They filed the first patent for the snowboard in 1939 [U.S. Patent 2,181,391]. My dad was 31 years old at the time of the invention and at least 5 snowboards were made and I have 3 in my possession.

Growing up we would call the snowboard a “bunker”. As a kid I used the bunker all the time. My dad would take my brothers and me to hilly areas in Illinois and Wisconsin. We would generally jump a fence to get onto someone’s property and use the bunker to ride down the hills.

Standing sideways we would secure our rear foot under a leather strap that looks like a belt buckle that accommodated different sizes of shoes. Our forward foot was placed behind a piece of wood fastened to the board. The front of the board had a rope that we would hold with one hand – this rope would help us slow down the board and served as a break. Our other hand would hold a stick that had a hole with a piece of rope we’d put around our wrist – this helped us with balance. The entire board was made of oak and was bent slightly to a concave shape weighing at least 15 pounds, maybe more.

I never knew that my dad patented the bunker until I saw the January 16, 2004 Sports Illustrated article on snowboarding that listed the timeline of the sport that began with my dad’s patent. And, little did I know growing up that my dad’s invention would take off and become an Olympic sport with such a following. Watching the Winter Olympics I am reminded of my dad and my childhood growing up using the first snowboard on some little hills in the Midwest. Snowboarding sure has come a long way since 1939. 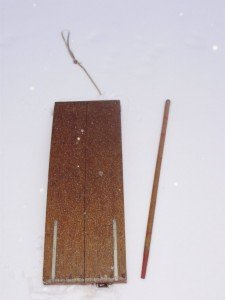 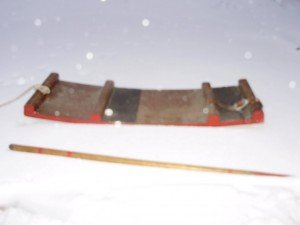 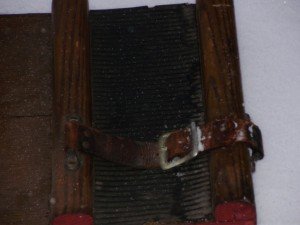 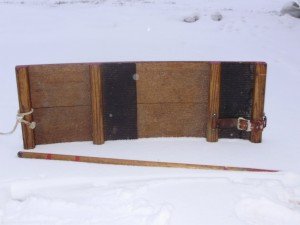 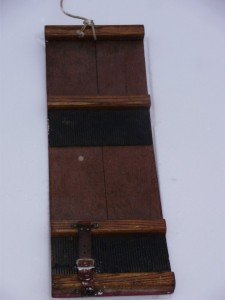 Pictures provided by Don Burgeson, Son of the co-inventor of the snowboard.